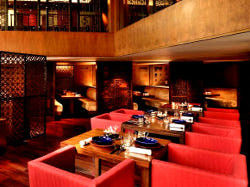 It is hard to believe that it has been over a decade since this restaurant opened at the Hyatt Regency, New Delhi and introduced Delhi to modern Sichuan food and authentic Peking Duck. With its roster of expat chefs from the Chinese mainland, this is the most authentic Chinese food you will get in Delhi. 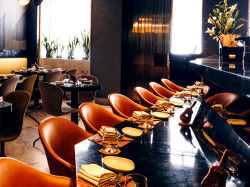 Best European Restaurant: Tres, Lodhi Colony, South Delhi
Chefs Julia and Jatin travelled from the old Zest to open this European bistro in Lodi Colony market many years ago. After squabbles with partners, they gave up the old location, found a new chef to collaborate with and got backing from Amit Burman and Rohit Agarwal, the 2 nicest and most encouraging guys in the business, who give them the kitchen and dining room they needed.
I have known Julia from her Goa days, over 3 decades ago. And her food has never been better. 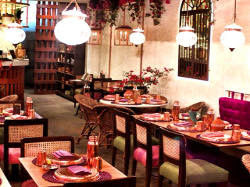 Best Regional Restaurant: Jamun, Lodhi Colony, South Delhi
Chef Picu is a European chef by training which gives him the perfect detachment when it comes to choosing the best dishes from all over India for the regional Indian menu at this neighbourhood restaurant. The front of the house is also excellently managed. 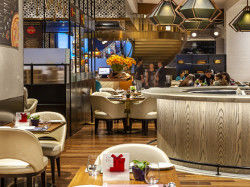 An Opening of the Year: MKT, The Chanakya
This is the place to go to at the super-swanky The Chanakya mall. In terms of design, service and sheer ambition it is hard to beat. Now they have to get the food right. 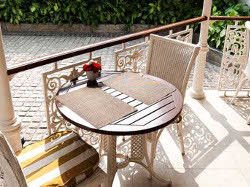 Pizza/Pasta: San Gimignano, The Imperial, New Delhi
An old favourite makes a comeback. The restaurant has had its ups and downs but it now works best as a place for gourmet pizzas. I would travel across town to eat its crispy Millet Pizza with Pepperoni. 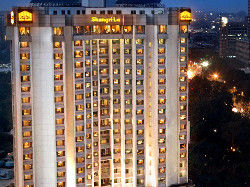 The Foodie Hotel: Shangri-La's - Eros Hotel, New Delhi
If you want to know how food can transform a hotel, look at the Shang. It has great Italian food, one of Delhi’s two best Chinese restaurants, a bustling multi-cuisine operation and even the tea lounge rocks. 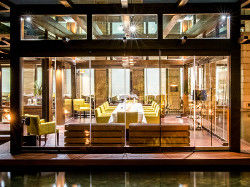 Modern Indian: Indian Accent, The Lodhi, New Delhi
One day Rohit Khattar and Manish Mehrotra will lose this title. But honestly, I can’t see it happening any time soon. 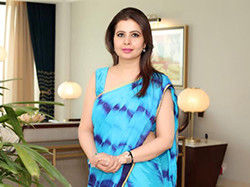 PR Person of the Year: Silki Sehgal
A class act, as classy as the company she represents, and as thoughtful and detail-oriented as her boss PRS Oberoi, Silki is a credit to her profession and the best known Indian hotel communications person in the world. 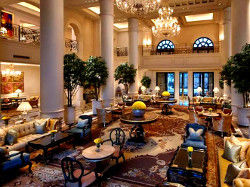 Hotel of the Year: The Leela Palace New Delhi
It may have an uncertain financial future, staff may come and go, but no guest at The Leela Palace New Delhi in Chanakyapuri feels any turbulence at all. The greatest achievement of Rajiv Kaul and Louis Sailer is to make every guest feel special no matter what is going on behind the scenes.
It is the hotel I visit the most in Delhi because it is so classy and peaceful. 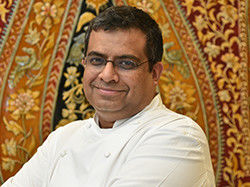 Chef of the Year: Arun Sundararaj
If you don’t believe one man can make a difference to a whole hotel then you should see how Arun has transformed the Taj Mahal, New Delhi. Working closely with General Manager Satyajeet Krishnan, he has taken dead kitchens, filled them with life and high-quality food. My admiration for him has no bounds. 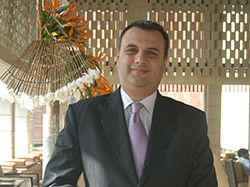 General Manager of the year: Zubin Songadwala
The best General Managers know everything that is going on in their hotels and yet, nobody knows that they are always watching. It helps that Zubin is cool, experienced and sophisticated and he has been great for the ITC Maurya, New Delhi which now retains its traditional strengths while adding a new layer of elegance. 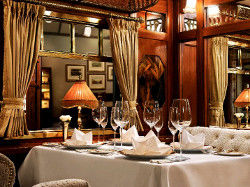 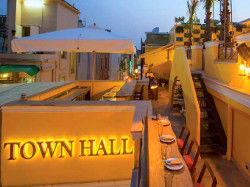 Best Casual Dining: Town Hall, Khan Market, Central Delhi
Everyone goes for Augusto’s signature Sushi Rolls. I go for the Filipino Pork. Either way, this restaurant is phenomenal. Between the Bajajs and the Kalras they have made thousands of people happy. 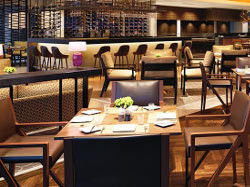 Best All Day Dining: 360°, The Oberoi, New Delhi
There is only one 360°. And the food is better than ever. Great home-style Indian, wonderful modern Japanese and high-quality European. This is the real power centre of Delhi. It is where old money and powerful people go. Chef Rohit Gambhir is not as well known as the hotel’s superstars (Jay Rathore and Udiksha Panshikar) but it is his food that keeps the regulars coming. 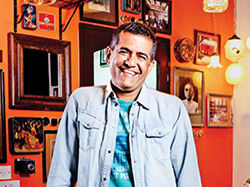 Lifetime Achievement of the Year: AD Singh
Because he invented a new kind of restaurant. And because he never rests and keeps inventing newer and better places. 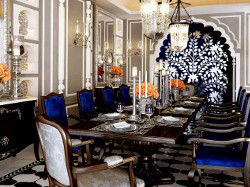 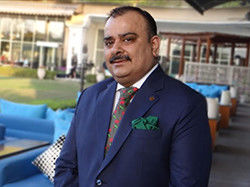 Ashutosh Kapoor: A great hotel chain is not built on bricks and mortar. It is built on people. I have known Ashutosh from the early days of the Orient Express, Taj Palace, New Delhi and he has always struck me as symbolising the values of hospitality and excellence that the Taj group was built on. He is one of the group’s greatest strengths. 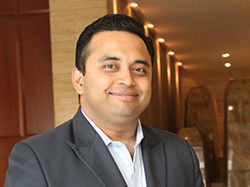 Rohit Srivastava: The Hyatt Regency, New Delhi has always punched above its weight thanks to the high quality of its food and beverage offering. These days standards are especially high and Rohit, who is obsessively low profile, must get the credit. 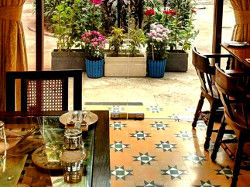 Best Specialty Food: Rustom’s Parsi Bhonu, New Delhi
It is hard to get good Parsi food in a restaurant, even in Mumbai. Full credit therefore to this wonderful restaurant that all of Delhi’s Parsis swear by where the food is amazing. 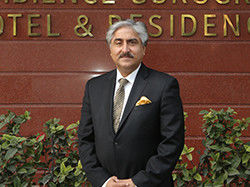 Innovative Hotelier of the Year: Jaideep Anand
Few people understand this industry, as well, as Jaideep Anand. He has seen trends come and go and has run hotel companies and great properties. In his current job with The Leela Ambience Gurugram Hotel & Residences, he has put all that knowledge to good use to make his hotels seem fresh and dazzling again. A veteran who never ages. 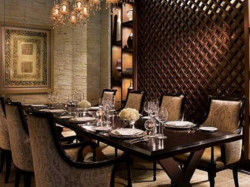 Dining Phenomenon: K3, JW Marriott Aerocity, New Delhi
When the JW Marriott in Aerocity opened K3, a huge restaurant spread over 3 rooms serving 3 cuisines all cooked to specialty restaurant standards, I was surprised. Could they really fill it up? I should have tempered my scepticism. K3 is a phenomenal success. Fill it up? They are actually turning people away! 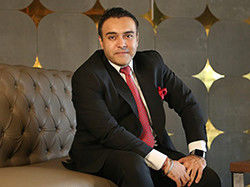 Global Indian Chain: Massive Restaurants
When Zorawar Kalra started out, we applauded him for making Indian food seem like fun for a new generation. We had no idea that he would replicate this at a global level. But Farzi Cafe is now the hottest Indian brand in the Middle East and each opening is greeted by long lines of eager guests. And the rave reviews that the Farzi Cafe, London has received, tell us that Zorawar has now entered the global big time. 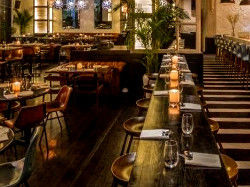 Best Bar: Whisky Samba, One Horizon Center, Golf Course Road
I do not usually give awards to bars but this one is a phenomenon in terms of price points, quality and ambience. A super success 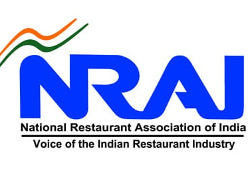 Special Award: The National Restaurant Association of India
I often think that India has the bravest restaurateurs in the world. In no other country are restaurants subjected to so many hassles by official agencies and other authorities.
This award is for the National Restaurant Association of India and for all the work for the Indian restaurant industry that it does every day

5 Best Restaurants In South Delhi Now Open For Dine In

Popular Locations for Restaurants in Delhi NCR See All