A Heady Cocktail Of Experiments By Glenfiddich 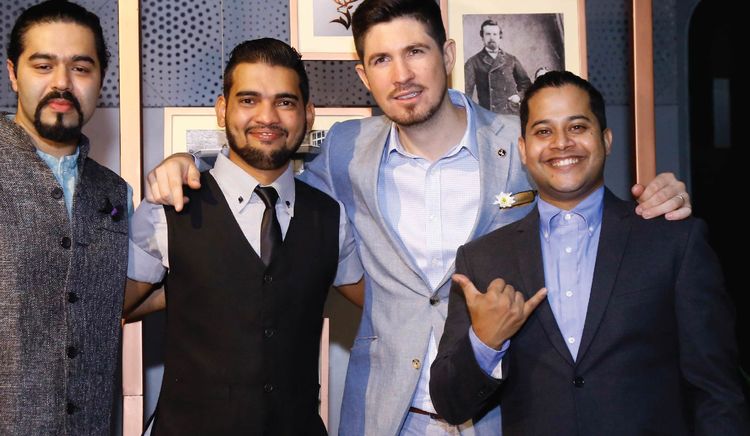 The funny thing about traditions is that they sustain only if they evolve. Ideas, practices, customs – all change with time to stay relevant and exciting. Just like Glenfiddich and their tradition of innovation.

It was born with the distillery itself in 1887, with the seemingly wild idea to ‘produce the best dram in the valley.’ Over the years, it translated to leading the world of whiskies from the front by taking single malt outside of Scotland and creating the revered process of Solera Vat. Today, it is precisely this spirit to create, invent and innovate that runs through every drop of single malt ever produced there.

The 12 Year Old expression, for example, is much loved and awarded all over the world for its signature fruitiness. The 15 Year Old, on the other hand is distinct from its younger cousin. It embodies the Solera Vat process and its many complexities every step of the way. The 21 Year Old is innovation itself. Home grown, but not quite. It is truly roused by the Caribbean but remains Scottish at heart. Each of these marquee spirits embody the Speyside and have captured the collective imagination of the young and the old. In how they embody Glenfiddich’s maverick spirit itself, they have inspired innovation across generations.

Keeping in with this tradition of innovation, was The Bartender Competition this year. It was a battleground where ideas ran wild into uncharted territory, pretty much embodying what William Grant envisioned back in the 19th century, and his family carries on till date. The best of bartending talent came together (from South Africa to Dubai, Germany to Columbia) and let their experiments take wings.

In India though, it came with a twist. The country’s finest in bartending were to collaborate with creatives from wide-ranging disciplines – fashion design, fromagerie and tattoo art – to create a cocktail that is truly an interpretation of their own talents, and of course, Glenfiddich.

Light installation pioneers from Klove, restaurateur Zorawar Kalra, the fashion designer duo of Gauri and Nainika, and many other stalwarts lent their creative energies to the bartending process. It was indeed a celebration of collaboration, new ideas and the maverick spirit that lead them there in the first place.

The jury was just as stellar. It combined the inimitable expertise of Struan Grant Ralph, the global brand ambassador of Glenfiddich, with the aesthetics of iconic fashion designer Rohit Bal as well as India’s top mixologist, Arijit Bose’s know-how. Each participant brought something inventive forward, impressing the judges just as well. The top prize, however, went to the duo of Prateeksh Mehra, a fromagerie expert and Brijesh Vyas. Their collaboration fused Glenfiddich with cheese and the result of was award winning.

The winners went on to represent India at the global finals at the Glenfiddich Experimental Bartender Academy in Scotland. They got a chance to explore the distillery itself, where they received whisky wisdom as-old-as time and honed their experiment under the guidance of Glenfiddich’s whisky experts.

The duo of John Taube and Nathan O’Neil swept glory by creating the cooked cocktail with Glenfiddich – another first at the distillery. It was, however, no less enriching for everyone else. Much deserved fame awaits the The World’s Most Experimental Bartender, meanwhile, at Glenfiddich, their tradition of innovation awaits the next experiment.