Top 10 Beef Dishes One Must Try In Kolkata

From Beef Biryani To Beef Kebab And Steak, Eat To Your Heart’s Delight 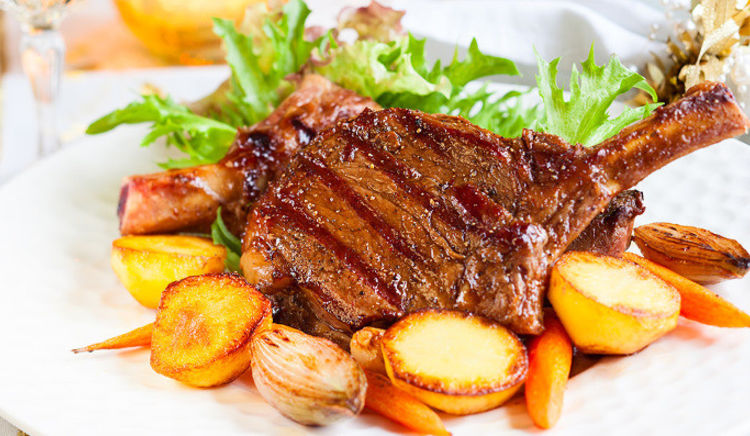 While the rest of the country (well most of it, anyway) is reeling under the sorrow of beef ban, Kolkata still enjoys the privilege of enjoying beef in the restaurants. Although a lot of places serve buffalo in the name of beef, one will still find beef in most of the restaurants. Kolkata is extremely secular when it comes to its food, especially Bengalis. In fact some of the low end restaurants, which have been there for decades serving up delicious Mughlai food, has more Bengali Hindus as their customers enjoying the best tasting beef in various forms.

Located in the busy New Market area, this small joint has been there for many decades and pops up for any Beef related search in the city. Even though they have several delicacies, their Khiri Kebab stands out for being perfectly cooked over charcoal grills. For the uninformed, Khiri Kebab is made from the mammary gland or the udder of the cow and even though for first timers, it may sound a bit unsavoury, this is one dish which is a must try.

Who does not know about Monkey Bar and they have found a stellar location in the city. At the top of a 10-floor building in Camac Street, they provide an exquisite view of the city sky line while serving up some of the best culinary delights in Kolkata. Slices of steak tossed with chilli paste, black beans, galangal, ginger, bean sprouts, lemon, bok choy and peppers has become one of the favourite appetisers to go with the choicest of spirits.

A funny name with an uncanny tag line “a name of purity” is located in the AJC Bose Road area just in the lane opposite to Missionaries of Charity. Their beef biryani is hands down one of the best in the city. The meaty flavour from the beef steeps deep into the biryani without overpowering it and yes, like all other Kolkata biryanis, they serve it with the most essential potato, too.

Whether you pair it with a biryani or a tandoori roti, the Beef Malai at Zam Zam is one that is not to be missed at any cost. A very Mughlai dish, the gravy is rich and smooth and has Malai as a topping. Chunks of beef literally melt in the mouth.

Located in the biryani hub of the city- Park Circus, this restaurant is famous for their mouth watering beef handi kebab. A strange name for a kebab, it is actually a very popular Mughlai recipe and goes great with tandoori roti.

Thronged by people almost throughout the day, this joint which is more than 40 years old is located at the end of Prince Anwar Shah Road, towards Tollygunje and is notably famous for it fast food and Mughlai dishes focus on beef as its key ingredient, unlike several other Muslim establishments. Small chunks of beef with caramelised onions wrapped in a crunchy yet soft paranthas are just how a beef roll should be and a must try.

A legendary bar and casual dining area on Park Street, flocked by office goers and the so called ‘intelligencia’ of the city is till today always crowded and finding a table for yourself is always a challenge. Amongst several of its popular dishes, the beef steak remains at the top of the list. A large piece of the meat slathered with caramelised onions and pepper sauce, a dollop of mashed potatoes and some peas. The icing is the fried egg with a runny yolk on top.

Multiple locations in the city, this chain has won the hearts of one and all. It was the only place where one would get a bowl of heart warming Buffalo Chilli but alas! They have discontinued it. However, their steaks are simply fantastic and one must try the bacon and cheddar steak where almost molten cheddar cheese envelopes the beautiful piece of tenderloin, topped with bacon and served with 2 sides of your choice.

This is another steak joint with multiple locations and they have a whole range of steaks of chicken, ham, fish and beef. Try their cheese tenderloin steak where the tenderloin is covered in cheese and they always cook the meat as per the guest’s specification.

Located in the unchallenged kebab gully of Kolkata, i.e. Phears Lane near Zakaria Street, this almost hole in the wall shop is a champion in Suta or Sutli kebab. Minced beef mixed with secret spices and then rolled on a skewer and tied with a long string (hence, Suta) and finally grilled on charcoal right in front of your eyes. The entire process from the tying of the suta till the final untying of the kebab on your plate is mesmerising itself and then the taste blow your mind off.