From Burma to Bihar Kolkata is a melting pot when it comes to culture, with influences from various corners; the food here is also a testament to that fact. If the influence of Nawab Wajid Ali Shah and Tipu Sultan helped spread the Mughlai dishes with the ‘dum’ style of slow cooking, then the British rule introduced the elite club culture along with continental dishes. While people coming from North Eastern states in the quest of making a livelihood introduced some of the best and authentic momos and thupkas (and not to forget the various customised versions of noodles, popularly known as chow-chow here), the vegetarian restaurants have a distinct presence of items to cater to the Bihari, UP and Marwari community of the city.

While most of the restaurants will try to take the safe path by offering a bit of this and a bit of that to cater to various taste buds and preferences, some restaurants have been smart enough to stand out to offer delicacies of a particular cuisine or a particular state/country for the guests. Here are few in Kolkata that are worth mentioning.

Chanda’s Khaukswey – After many years of successful Burmese pop-ups in Kolkata that were the talk of the town, Chanda Dutta has opened her first restaurant, which is the only place in Kolkata offering authentic Burmese cuisine. A short, precise curated menu includes some amazing dishes such as pazun gyaw or the deep-fried shrimp cakes and the signature dish of Ong no Khaukswey (the classic Burmese delicacy with noodles in a traditional Burmese chicken broth with coconut milk). Order the balachaung, the deep-fried shrimp relish, as a side dish and end with khao pyin, the traditional Burmese dessert made with special red sticky rice, coconut cream and seasons special jaggery. That is Burma on a plate in Kolkata.

Baati Chokha – This place offers you a complete experience in cultural food with its rustic ambience and promises to indulge you in its desi-ness. Charpoys, the wall graffiti of the Varanasi Ghats and other artefacts almost transport you to Varanasi. While some of the ingredients such as dried herbs, spices, grains and pulses are brought in from Varanasi, fresh sattu is made from roasted chana inside the restaurant itself. In totality, this is worth experiencing. As this is rustic and offers home-style cooked food, it may not be exotic but the deliciousness of the food definitely compensates for this. The sattu baati with various accompaniments in the form of chutneys and the very special Baingan Bharta is a must-try here.

The Blue Poppy – The small quaint place that is the symbol of Nepalese, Tibetan and Bhutanese food is close to lot of food lovers in the city. A no-frills restaurant, this place offers some of the best dishes from the neighboring states and countries of Kolkata. While the Nepalese thali boasts of some Nepali delicacies such as the traditional gundruk or the kinema, aloo thukpa and aloo dum, they have the most authentic momos of the city from Tibet. Variants of steamed and fried chicken and pork momos and the kothays are not to be missed. The main course is impressive with various noodles, noodle soups, thukpa chicken, and prawn and fish delicacies. A must-try is the Bhutanese ema datshi, Q datshi and the shapta, which is a crunchy version of Tibetan chilli pork and offers a super kick for all spice lovers.

Santa's Fantasea – This restaurant in Kolkata has already made its name for its signature dish of Bansa Pora Mangsho or meat cooked inside a bamboo stalk. Succulent pieces of meat well marinated with various spices are cooked inside a foot-long bamboo stalk and served on the table with the bamboo shoot. Santa’s Fantasea specialises in tribal cuisine from various states. While the Bansa Pora and the patra pora (mutton marinated, wrapped in banana leaf and cooked with charcoal) are from Odisha and are paired very well with a pancake called shoru chakli, there is voksha meh (mutton prepared with seasonal herbs and bamboo shoot) and ngatok (traditional tribal fish preparation) from Nagaland, arsha chum from Mizoram, kukhura ko masu from Sikkim and many more. The julu pitha or the traditional bread stuffed with a filling of meat and egg is a must-try. 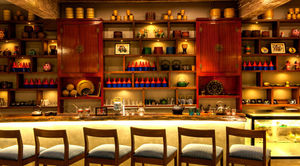 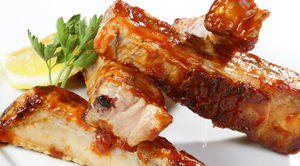 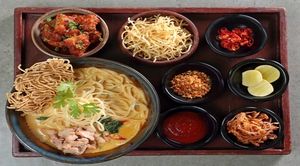 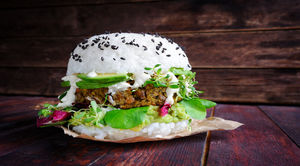