Its Kolkata, Its Kosha Mangsho! 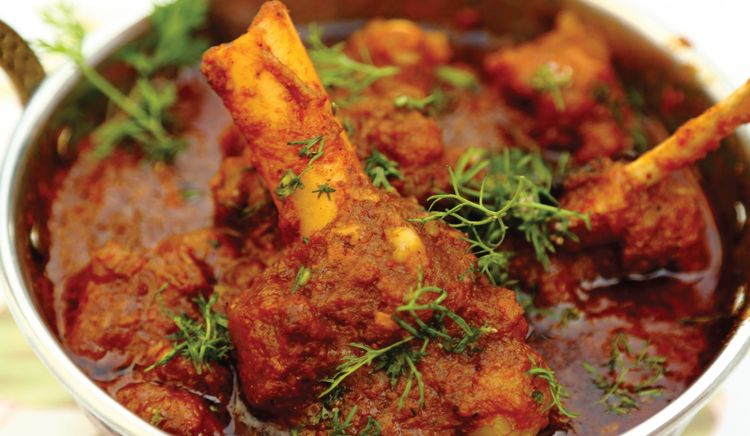 The debate will always be there on which is the greatest Indian curry and the result will always be disagreed upon by the Bengalis, if someone tries to point out to anything other than kosha  mangsho. Kosha mangsho is slow cooked mutton Bengali style and authentically should be semi dry with thick dark gravy. This is a quintessential part of the Bengali Sunday lunch and this is one such dish which has been equally loved, appreciated and devoured upon by non Bengalis too. Ask any foodie visiting Kolkata or who has visited Kolkata, there rarely would be someone who has not tried kosha mangsho

Such as most of the popular dishes, this dish is also interpreted differently by different restaurants, however these five places will offer you variants which will give you the true understanding of kosha mangsho:

Golbari- Situated in Shyambazar 5 point crossing, it is often said that Kosha Mangsho was originated from here. Originally named as New Punjabi restaurant and later named as Golbari, this place is 95 years old and serves the spiciest Bengali mutton curry or kosha mangsho.  This variant is little tough on the stomach and not meant for the weak hearted, however the staunch kosha mangsho lovers will always vouch for it. For non mutton lovers, there is a chicken kosha available as well.

Koshe Kasha – As the name suggests, this brand of restaurant started in 2006 with a focus on north Kolkata kosha mangsho. In 2006, this restaurant started with some of the old employees of Golbari, resulting in the temporary shut down of the same. The kosha mangsho here is a notch milder in taste, however the flavours burst in your mouth.

Oh! Calcutta – The fine dining Bengali restaurant has changed the way Bengalis look into the food. Yes, the food may be very upscale and a bit innovative, but they do make a mean kosha mangsho. True blue kosha mangsho lovers have loved this dark and spicy curry, rich with all the right nuances of a perfect kosha mangsho.

Kewpies - A very small boutique restaurant in the heart of the city, Kewpies was a first of its kind restaurant providing and promoting Bengali cuisine in a restaurant format to the city. It is small but has a lot of style and elegance. The same goes for its kosha mangsho. Very home styled, this kosha mangsho has a lip smacking quality and is served in small clay bowls making the experience very satisfying.

6 Ballygunge Place – This place has its own variation of kosha mangsho which is again very home style. The mangsho is not too rich in taste, however has all the correct flavours of spices binding it. Although 6 Ballygunge Place has got many other signature dishes but the Kosha Mangsho here is worth trying.