Momos – So Delicious That no one can have just One! If Kolkata has embraced the chowmein with such warmth and love that it is sold on almost all the streets of Kolkata and in varying establishments, then momos are a close second. You can call them momos or dumplings and they come in various shapes and sizes, but they have been ruling the city’s foodscape for more than a decade now. The day is not very far off where one will debate which one is the more popular adopted food of Kolkata: chowmein or momos. Darjeeling has played an important role in this dish’s ever-increasing popularity and the proximity of Sikkim and Nepal has been instrumental as well. Residents of these places who come to Kolkata in search of livelihood have often opened up momo joints, each claiming to be the most authentic.

Although the popularity of momos might be high in recent times, with several innovations to the traditional style, a study will reveal that there are some joints that have sold momos from the last 15 to 20 years without much innovation and only by sticking to their age-old traditional recipe. So if you are a momo fan and want to have some mouth-watering momos, which are the places in the city to check out?

The Blue Poppy – They have two major outlets in the city in Sikkim House on Middleton Street and in Salt lake. A true understanding of Tibetan food is incomplete without visiting this place. Always crowded, it offers the best of momos and kothays, which are basically pot stickers. You can find the best succulent pork momo in the city in both steamed and fried versions. They have a very loyal clientele who swear by their chicken and pork momos in steamed, pan-fried and deep-fried varieties.

Tibetan Delight – Located inside a dingy lane of Bhawanipore, this place is very difficult to locate at first, unless you are an old-timer and know the area. A very tiny joint with Nepali and Tibetan boys running the place, you will get wholesome momos and prompt service here. This is the place for any Tibetan food craving, and you will not leave disappointed. Another place with great pork momos and kothays, they also serve momos steamed, fried and pan-fried with schezwan sauce. The vegetarians will love their veg momos in all three varieties.

Momo I Am – A new kid on the block, this joint is a superhit among youngsters and college students. It is situated in the busy locale of Lake Gardens; it is very small and has an eclectic décor with quirky wall graffiti, some Tibetan artefacts and pictures of the Dalai Lama that takes one straight to the hills of Tibet. The food is heavenly and the momos are even more stunning. You can get steamed pork and fish baos, the usual chicken, veg and pork momos and also some interesting combinations such as stir-fried chilli momos, stir-fried hoisin momos and stir-fried satay momos. Newly opened but presenting tough competition to older joints, Momo I Am is here to stay.

Orchid – This is another Chinese/Tibetan/momo joint around Bhawanipore/Elgin road in a row of about three to four momo joints and this one definitely stands out. It is a fairly decent sized restaurant with a not-so-great ambience; however, it has delicious and large-portioned food. The momos are sumptuous and have an impressive size of filling. The chicken momos are soft and juicy and the pan-fried version has a spicy sauce to go with it. They serve all their momos with a bowl of clear soup and you can order some extra momo soup if you want.

Momo Plaza – Established for more than two decades near Elgin road/Bhawanipore area, this place promises authentic and delicate flavours in their momos. Great portions and a complete value for money, this joint has had celebrities vouching for the taste of their momos over the years.

Momo Mania – Tucked away into one corner of Deshapriya Park, this small joint offers some serious innovations in the momo area, from chicken tempura momo to chilli chicken momo and fiery chicken momo. They also serve mushroom momos and fish/shrimp momos, which are an absolute delight.

Wow Momo – No talk of momo is complete without Wow Momo coming up in conversation. With over 50 outlets in the city, Wow Momo have taken the city by storm. They serve a chicken and cheese momo, which is best when deep-fried, chicken capsicum fried momo, corn cheese momo and paneer fried momo to name a few. Latest innovations have been the tandoori momos and baked momo augratin. They are also pioneers in the mo-burg (burgers with fried momo fillings) and chocolate momos. 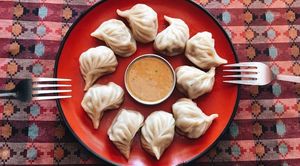 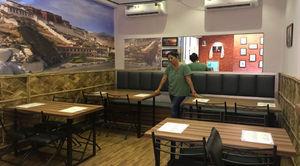 Shim Shim The Only Beef cafe In Kolkata 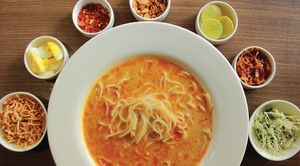 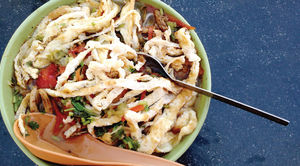 That Lane of Tibetan Heaven