A Chef, A Story Teller And Writer - A Tribute To Anthony Bourdain 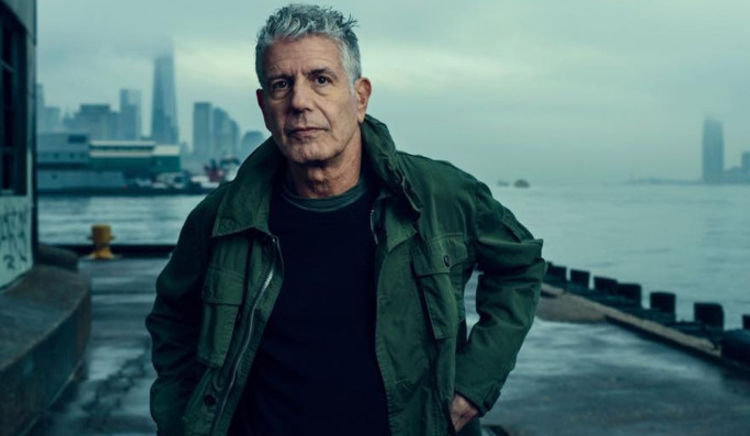 We think now of chefs as swaggering, knife-wielding buccaneers who drink and laugh into the early hours of the morning while beating off hordes of groupies. The idea of a chef as a macho celebrity is now so firmly established in the public imagination that it is hard to believe that the profession was once disdained as something that ‘real men’ would not enter.

Two men changed that image. The first was the British Chef Marco Pierre White who created the ‘bad boy’ template that so many other chefs now seem to conform to.

The other was the American Chef Anthony Bourdain, who died suddenly this Friday, apparently at his own hand.

Unlike Marco who won three Michelin stars at a young age, Bourdain was never a great chef. He went from job to job without leaving any mark till he ended up at Les Halles, a French-style brasserie in New York. Even while he was at Les Halles, he was noted less for his food than for his bestselling book Kitchen Confidential.

The book grew out of a piece Bourdain wrote for The New Yorker where he revealed what went on in a restaurant kitchen behind the swing doors. Though the publishers pitched it as a tell-all that revealed the secrets that restaurants did not want guests to know (never eat mussels on a Saturday because they would not be fresh; always use shallots not onions in your cooking etc.), its real impact came from its characterisation of chefs as tough guys who lived rough lives, liberally using cocaine and alcohol to make it through the service.

The success of Kitchen Confidential did not just transform the image of chefs, it also changed Bourdain’s life. From being a no-more-than-average chef, he became a media personality. Kitchen Confidential became a short-lived TV show (starring a then-unknown Bradley Cooper) but Bourdain found more success as a TV presenter, starting with A Cook’s Tour and then with No Reservations.

Both shows featured a travelling Bourdain eating his way through the world but as he grew more famous, he was able to get his producers to dispense with the clichés of the genre. There would be no extended cooking sequences. There would be no staged introduction scenes where Bourdain would be filmed meeting a guest, allegedly for the first time. Chefs would be treated as human beings who led interesting lives outside their kitchens. And each show would focus on how food is related to life and culture rather than the then standard dedication to pretty food pictures.

By the time Bourdain made Parts Unknown for CNN, he was probably the best-known chef in America which was odd because he never claimed to be a great cook. But he used his celebrity status to promote other chefs, such as David Chang and to pay tribute to nearly forgotten legends like Jeremiah Tower, who helped invent California cuisine.

More than any American food presenter, he treated the food of the rest of the world (especially Asia ) with respect. He gave Japanese cuisine a huge push, ate Vietnamese food with President Obama in Hanoi and promoted global chefs.

But even Bourdain could not go everywhere. A few hours after his death was announced, Gaggan Anand wrote on Instagram “RIP Anthony Bourdain. My wish to cook for you dies with you”, before adding that a show Bourdain had done on El Bulli, which Gaggan had never heard of, inspired him to try and work there. “Thank you for changing my life,” Gaggan concluded.

In America, the tributes were as fulsome and moving. Daniel Humm, the chef at Eleven Madison Park, currently listed as the world’s best restaurant, wrote on his Instagram feed that words could not sum up how much Bourdain had done for food, shining a light on corners of the world that Americans had known nothing about. Humm did not post a picture but kept the space above the post-black.

Bourdain’s personal life was always complicated. He gave up on cocaine and then took alcohol with the passion. Eventually, he gave that up (mostly) too and focussed on a punishing regime of martial arts.

His death, while he was shooting his CNN show came as a shock to his fans around the globe. Who knows what inner demons he was battling.

But his legacy will endure. And as one perceptive person tweeted, at a time when Americans are being told to be scared of the rest of the world, Bourdain did the opposite. He broke barriers and brought people closer through food.