Bridget White-Kumar is modestly pragmatic. Given this is the era of cooking with multi faceted equipment, outlandish ingredients and Byzantine techniques, it’s motivating that this self-taught chef has made such an impression on today’s generation. But then Bridget’s strength is her truthful style to routine cooking. India is a nation where women cook traditional recipes passed on from generations translating into home-cooked food showcasing one’s region and culture.

The restaurant’s press release modestly tuts that ‘K3 is ready to revive 150 years old recipes with the ‘Colonial Indulgence’ food festival’. While the hotel celebrates India’s 70th Independence Day to recall the rich flavours from the by gone era….my thoughts wander to what could be the new age comparable for Fried vegetables on toast anyway? Organic vegetables on multi grain bread served with a dash of truffle oil? Nah!!! I would rather have this food as is…simple and delicious!

The food is good without being extremely extravagant or fussy. Thanks to the fact that Vivek Bhatt, Executive Chef at JW Marriott New Delhi Aerocity along with his team is being quite obsessive about the recipes. The meal starts promisingly with steaming lamb mince panthras and potato chops with minimum spice. The highlights are Anglo Indian Duck Vindaloo, rich and tangy and teamed with saffron coconut rice. Also, the Minty Lamb chops in thick gravy are redolent with flavour. There is also a vegetarian main course, a somewhat odd combination of cauliflower and peppers, which takes some getting used to…but is decadent to the core! Sample slowly…and yes the menu is cyclic so you can come back to try something new if you are craving for more!

Find the Best Restaurants in Delhi with EazyDiner 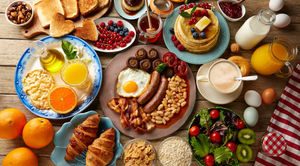 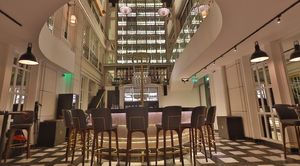