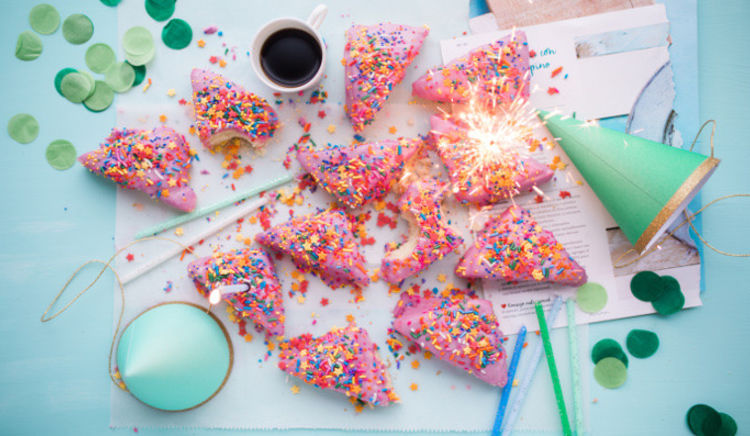 What is the secret behind the success of a restaurant? There will be many answers to that and everyone will have a different perspective. Just like every dish has its own merit and works with ingredients integral to that dish only; similarly, every restaurant will have a different recipe for success. No two restaurants can successfully replicate each other and expect both to work.

Two restaurants in recent times have celebrated their birthdays. One, an iconic one, the first ever Bengali fine dining restaurant in India - the iconic Aaheli and Bodega Cantina Y Bar - The Tapas Bar, the gastropub with innovative food, unique ingredients and the quirky interior has become a preferred destination for the city food lovers.

Aaheli completes 24 years and it is a no mean feat by any standards for any restaurant specialising in a particular regional cuisine and when seen from the national perspective, there are only few which comes to my mind. The flagship restaurant of Peerless Inn has been in the game since 18 May,1993 and has been an inspiration for many in Kolkata and beyond Kolkata to showcase and offer Bengali food to all. The focus on getting all the food cooked in either Mustard Oil (an essential medium for Bengali cooking) or Ghee, using the bell metal thali and utensils for all food, preparing all the sweets in their own kitchen and most importantly, a team of kitchen and service staff who have been there since the beginning. Few of the iconic dishes like Ruimacher Pati Sapta - a form of a fish crepe where the filling is with Rui (Rohu) fish marinated with coriander leaves, ginger paste, sliced onions and red chili powder. The place serves one of the best Kosha Mangsho (Bengalis answer to Sunday Lamb Stew), a variety of boneless Ilish called as Dhumrogondhi Ilish and some of the desserts are to die for. As part of the 24-year celebration, it offered all these and some more like Chamatkari Chingri Malaikari, Kochi Pathar Jhol and Piyaz Postor Bora (onion poppy seed fritters). The stage seems to be set for the silver jubilee celebration next year. Insider Tip - Whenever you are going, ask for the Mishti Doi which is made here. Once served, try to turn the earthen vessel upside down – do not worry, it will not slip out the vessel and that is what makes this a special one.

From the ever traditional to contemporary gastronomy, Bodega Cantina Y Bar is the toddler who is celebrating its 1st year anniversary. A relatively new one at the corner of the Park Street and opened up just when Park Street seemed to be losing its shine with the much-hyped Veda closing down and no new entrants in this once most happening street of the city. Urvika Kanoi, a Chef from Le Cordon Blue, after her stint in various restaurants under renowned chefs, started a gourmet catering service called 'The Food Studio' and finally she could NOT resist the bug and opened her own place along with her partner, Akashh Jaiswal called Bodega Cantina Y Bar.

From the beginning, be it the quirky cocktails like the Mexican version of Dia De los Muertos (commonly known as Day Of The Dead) or the Tiramisu Martini or dishes like Fish Kataifi (sadly they have discontinued the dish), Lal Maas Tacos, Beef Chili Fry have been successful in growing their own fan following. With curated menu across all festivals and a massive Christmas and New year special menu, this place has been consistently rocking.

No wonder when Bodega Cantina Y Bar turned 1 something special happened for the food lovers of the city. Although the B-Day was on the 3rd of June, they decided to celebrate for a whole month with an anniversary special menu. Keeping the torrid summer in mind, Chef Urvika along with Chef Sagar have come up with dishes which are light and summery, yet filled with goodness. The Baja Fish Tacos have soft flour tortillas rolled in baked fish crusted with oats and topped with a fresh summer salsa consisting of sweet mangoes. Handsome pitas filled with shredded lamb and topped with crunchy salad where the pomegranate jewels burst in your mouth is a pure delight to have. For an absolute comfort food, go for the Thai Basil Chicken which is spiced with birds eye chilli along with some subtly fragrant jasmine rice. While enjoying these dishes, do not forget to sip on to their fabulous and cocktails like the Goblet of Fire, inspired by Harry Potter which shoots up a high flame when sprinkled with cinnamon or the anniversary special Cumpleanos which comes in a pineapple glass and has flavours of Gondhoraj lime, yuzu puree, lemongrass, lychee, fresh malta with a vodka base.

In all spheres of life, the stories of great promise starting to lose its way is very common and while Aaheli has been an epitome of consistency and a trend setter for many, Bodega has already shown signs of immense potential. We will have to wait and watch whether the promises will be fulfilled or not. Wishing both of them all the very best for many more years to come.