The bird in its dying throes 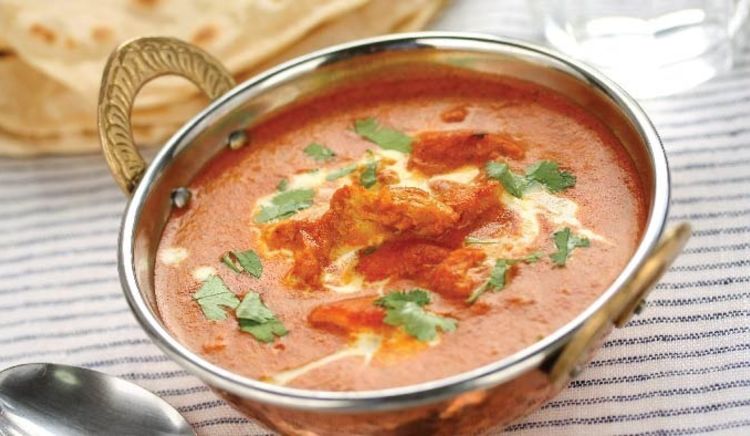 It has been called the National Dish of Delhi rather sneeringly, and indeed it does appear like a rather simplistic, elemental preparation that is virtually idiot-proof to cook. However, in reality, butter chicken is a rather tough bird to crack. First of all, the classic recipe requires joints of chicken to be semi-cooked in the tandoor, a step that hardly any restaurant bothers about today: what you usually get is uncooked pieces stirred into the gravy.

But it is the gravy itself that is difficult to get right. The base has to be tomato, we all know that. But once they are cooked, the tomatoes have to become tangy rather than sweet. That is because you have to add a judicious quantity of cream to mellow the tomatoes down, and a sweetish tomato paste overlaid with the richness of dairy will result in a travesty. The difficulty is that you cannot use canned or processed tomatoes for butter chicken, because of the metallic taste that will result. And though the finished dish has to have a more or less homogenous consistency, it cannot be completely smooth on the one hand, nor lumpy on the other!

The spices – chilli powder and whole aromatic spices – have to lurk in the background in the final dish. The only ingredient that is allowed to be visible at all is dried fenugreek leaves (kasuri methi). The best butter chicken has to be red rather than pale pink; it has to be pleasantly tangy, the butter has to coat your palate, the cream has to add a velvety touch, the spices have to hover in the background and the chicken itself has to be succulent.

Not surprisingly, there are very few restaurants, dhabas and hotels that have cracked the code. The gold standard remains Mughal Mahal in Rajendra Place.