Difference between the two meats 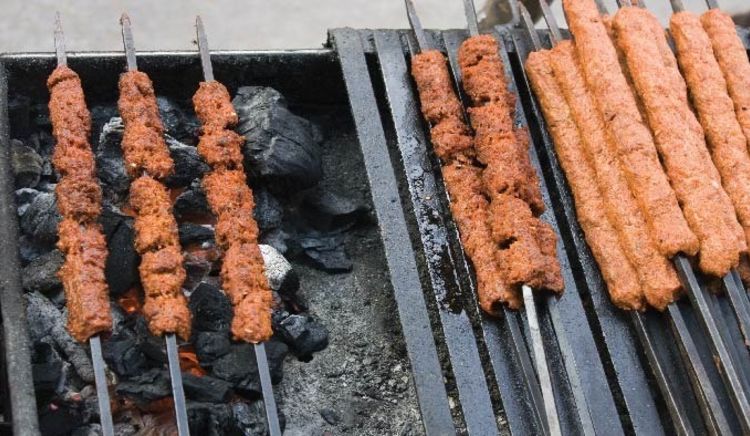 What is the difference between buff and beef? Does one taste better than the other? Is one softer and the other tough? …and finally what gets served where.

These are a few questions foodies are curious about while having a Nahari at Nizamuddin, a Kalyani biryani around Char Minar or a bloody steak at a fine diner.

Let us clear some air around the two meats.

Owing to political and religious reasons, the government has banned the sale of beef in most north Indian states. On account of this, all eateries around the meat heavens of Delhi, Lucknow and rest of the north use buff in their preparations. So that, melt in your mouth, Nahari in the streets Nizamuddin and the bade ke Kebab in the streets of Lucknow is buff.

Southern Indian states have been more open to the sale of beef in this regard. So the Kalyani, local endearment for beef biryani in Hyderabad, is most likely to have beef in it. Same goes for the Kappa biryani or a beef fry at a toddy shop in Kerala.

What we call buff in India is our friendly neighbourhood water buffalo. It is not to be confused with the American buffalo which is really a bison.

It is difficult to tell the meats apart, especially when presented as dishes that have undergone considerable cooking processes. One difference is that buff is slightly darker in colour due to less intramuscular fat and has a higher proportion of muscle as compared to beef. This makes buff the redder of the two red meats.

A matter of preference

As to which one’s the tastier meat, well it is entirely a matter of preference. In places where beef is available in India, buff is a secondary preference for street meat connoisseurs. A common belief is that beef is softer.

Even in Delhi, with no availability of beef, demand has changed to desire and eventually beef has become a kind of delicacy.

Whether available in local markets or not, beef is again the preference of chefs at luxury hotels and fine diners. These places mostly import their meat, even if it is available locally. The reason given for this is that imported meat is cut just the right way for international cuisine.

Owing to its high fat content, that buff lacks, beef is considered better for preparing juicier and more tender steaks. Buff is more suited for dishes which involve thorough cooking and is said to work well for oriental cuisines and other fully-cooked dishes.

Buff has grown to be the new favourite of the ‘eat healthy, stay fit’ police in recent times due to its surprisingly low cholesterol levels (approximately 43% less than beef). It is high on iron and omega-3 (this is supposed to be good for your heart) and low in fat content. In many countries, buff is being seen as a healthier option to beef.

At the end, it all boils down to what a cook can do with any meat. A plate of kababs at Old Delhi (buff) or a tala hua gosht (beef) in Hyderabad could make you temporarily wary of these beef-buff concerns.