Will foie gras vanish from the menu? This autumn the Indian government finally gave in to pressure from animal rights activists and banned the import of foie gras. This is a politically-correct move because the campaign to either ban foie gras or to at least remove it from menus is now a huge global movement.

Foie gras is the engorged liver of the duck or goose. It occurs naturally when birds set off on migrating journeys for weeks. They don’t stop to eat. Instead, they fill themselves up before they set off, storing the calories as fat in their livers.

Commercial foie gras seeks to mimic this process by force-feeding the birds so that their liver becomes fatty. The process is fairly basic – the ancient Romans used to do it. But, in recent years, animal rights activists have alleged that foie gras farmers shove funnels down the throats of birds and force food down their gullets. They argue that this constitutes cruelty to animals.

Farmers in France – where foie gras is virtually the national dish – say that this is nonsense and that their birds enjoy being fed. They are much happier, they say, than battery chickens. The reason there is no successful campaign against the terrible conditions in the chicken industry, they argue, is because the activists don’t dare take on a multi-billion dollar business. Foie gras, which is an artisanal agricultural business, is a soft target.

In Europe, the farmers have had their way. But in America – and now in India – it is the activists who have prevailed.

There is no ban on serving foie gras and many restaurants have plenty in stock. So, if you’ve never tried it, this may be the right time to taste a little fresh foie gras, quickly seared on both sides and served with a slightly sweet accompaniment.

Once stocks run out, you’ll have to go abroad to find some! 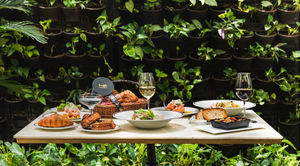 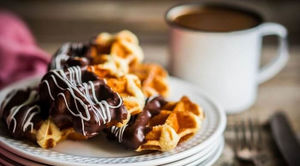 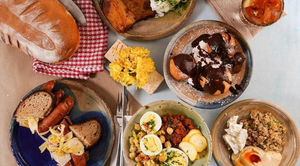