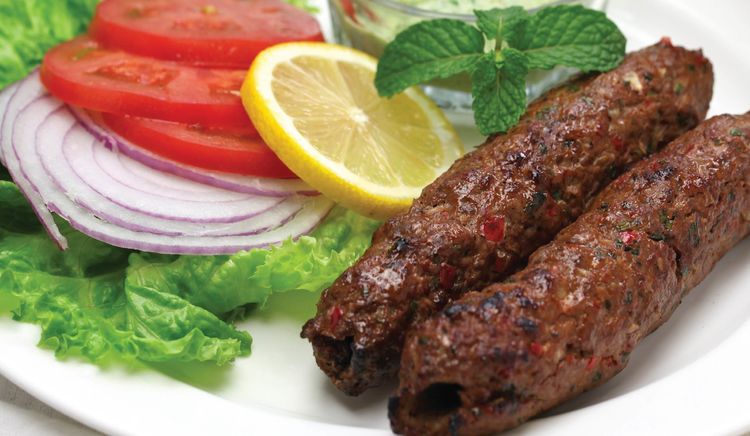 Prithvish and Baishali Chakravarti have sampled success with their first culinary venture, Tak Heng, which brought the fabled old Kolkata Chinese to South Kolkata. With their second venture, Calcutta Stories, the husband-wife duo is ready to tackle the city’s variegated culinary tapestry.

The focus is on exploring and rediscovering the culinary histories of different communities – the Parsis, the Baghdadi Jews who arrived in the city during the Raj Era, before them the Armenians, and of course, the Anglo Indians – that have made Kolkata their home over the centuries. Albeit their numbers have dwindled (and dangerously so) but their stories are inextricably woven in the collective memoirs of this city. But, the cuisines that evolved in their kitchens (through a dynamic process of adaptation and assimilation), an intrinsic part of the city's culinary fabric, has remained largely unexplored. This was long overdue.

The vast, utterly ambitious menu at Calcutta Stories includes home-style Jewish, Armenian, Parsi and Anglo Indian dishes along with an extensive Pan-Indian section. Plus, it has all the Tak Heng favourites in place (the city’s most-loved migrant cuisine cannot be left out). The white-and-red setting is simple, almost familial, with a touch of opulence from a mammoth, ornate chandelier that hangs in the front section and huge gilded mirrors.

The menu packs in a few fantastic salads and dips such as the cucumber zalata, which comprises vinegar soaked cucumber muddled with a few fresh herbs and a hint of green chillies, and a salad trumped up with sliced, pan-fried egg plants dressed in a yogurt dressing, topped with finely chopped tomatoes and a decidedly chunky baba ghanoush. The okra salad, another Anglo-Indian specialty, is a revelation. Whole raw okras are left to soak in hot vinegar overnight (so it cooks in the vinegar) and stuffed with a delicious mix of finely chopped ginger, green chillies, fresh coriander and mint. The result is deliciously tart, crunchy okra bursting with fresh flavours and a fiery punch.

A personal favourite on the salad menu is the Anglo-Indian style chicken liver roast salad – a mix of chopped chicken liver, seasoned, herbed and roasted, crumbled boiled eggs and generous amounts of caramelised onions that added a touch of sweetness to the dish. I could make a meal out of this one, perhaps with some bread on the side.

If you are a liver fan (I am), a must try on the menu are the Moroccan cigars, supposedly a favourite among the Armenians in the city. The crisp phylo pastry rolls come stuffed with soft ground roast liver, spiced and seasoned. Another Armenian specialty on the menu is the Lahm Bi’ajeen – Levantine pizzas topped with subtly spiced ground meat, browned to perfection. The Parsi spread includes the mandatory dhansak served with kachumbar and brown rice, patrani machhi and soft, melt-in-the-mouth keema kababs, dipped in whisked eggs and fried on a griddle, or try the typical Anglo Indian style haans with baans – curried duck with bamboo shoots – and coconut rice, or the piquant, deliciously caramelised pork vindaloo with chunks of fatty meat, served with steamed rice. A must try here is the pantheras, another Raj era creation (though there are those who insist that it was actually created at the illustrious Shovabazaar Rajbari, of course to please the Britons), deep-fried pancake rolls stuffed with minced meat.

Crafting the menu was a three-month long process that involved rigorous research, ferreting out recipes from family archives, innumerable trials and tastings. Sections of the menu at Calcutta Stories, especially the Jewish and Armenian selection,  has been curated by the octogenarian Flower Silliman, one of the last remaining Jews of the city, who returned to Kolkata a few years ago, after three decades, during which she lived in the US and in Israel, worked as a sous chef at the Plaza and Jerusalem and launched an Indian restaurant in downtown Jerusalem, called Maharaja, that garnered much publicity for being the world’s only kosher non-vegetarian Indian restaurant.

A star dish on the menu is the massive Jewish roast platter. It comprises roast chicken, grilled pearl onions, a portion of aloo makala, which are nothing but deep-fried whole russet potatoes with a gorgeous crisp crust (a pucca Kolkata-Jew specialty), mahashas (bell peppers, or tomatoes, stuffed with minced meat and rice), hilbeh, a condiment made with soaked fenugreek seeds of Yemenite origin, and cucumber zalata, a pickled cucumber salad. To go with it is fresh baked challah bread, typical Jewish braided bread, only this one has eggs in it.

While the entire spread will be available on weekends, the restaurant plans to concentrate on a different cuisine on different days of the week. This is a place worth checking out. 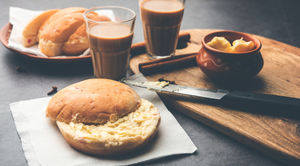