Check out the 17 best Chefs - culinary experts in Mumbai 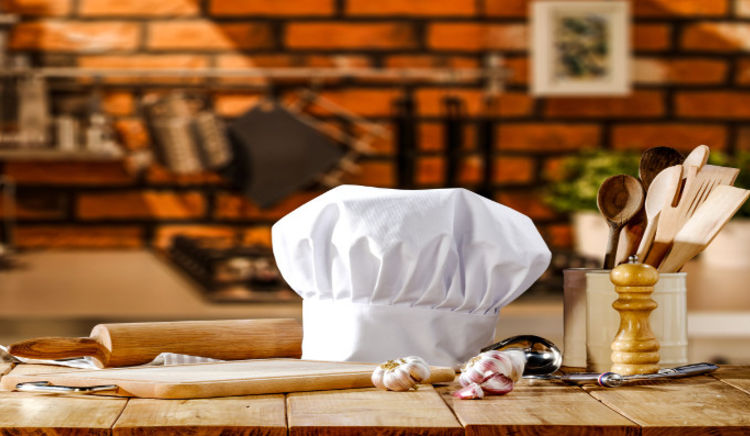 Who are India’s best chefs? Which ones should we look out for? I am going to make out my own list, city by city. 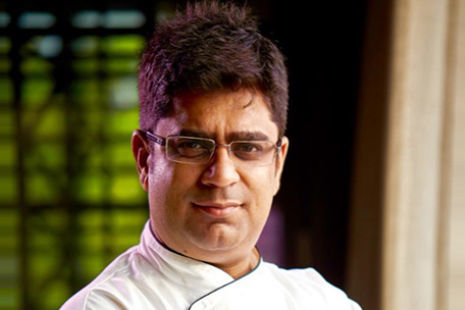 Himanshu Taneja: Just promoted to the big boss chef of the Marriott chain in India, Himanshu is a former Taj chef who made his reputation first at the JW Marriott in Juhu and then at The St. Regis. His special skill is that he is a true chef and not just a cook. He identifies, nurtures and promotes talent at every hotel where he works, always letting his juniors shine. 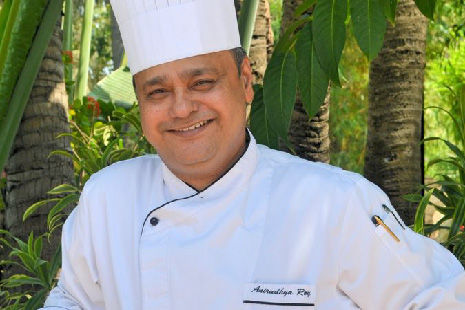 Anirudhya Roy: A mentor for many of the city’s best chefs, Roy is the low-key, under-rated force behind the kitchen at the Taj Land’s End. He understands ingredients better than most chefs and is deeply committed to quality. 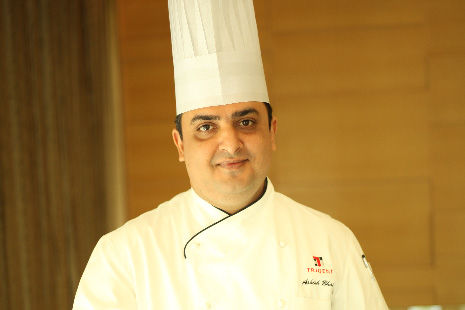 Ashish Bhasin: The Trident is supposed to be The Oberoi group’s second brand but under Bhasin, the Trident in BKC has become North Mumbai’s foodie hotel. A true master. 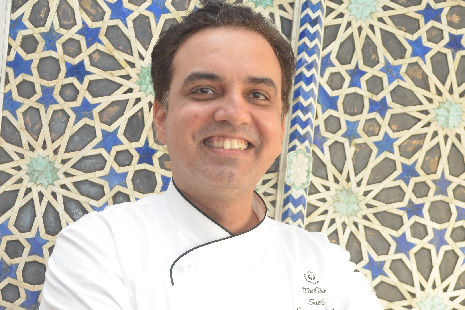 Satbir Bakshi: Executive Chef at The Oberoi in Nariman Point, Satbir could sit back and let his many chefs do their own thing. But he is a hands-on Chef who is passionate and obsessed with creating new dishes. From sourcing clean seafood from the Indian Ocean to finding the most flavourful local chickens, Satbir is light years ahead of many of his contemporaries. 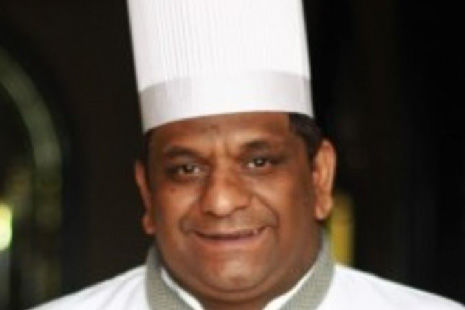 Rohit Sangwan: A decade ago I said that Rohit Sangwan was India’s greatest pastry chef and in the decade that has followed, nobody has emerged to take that crown from him. The star of The Taj group. 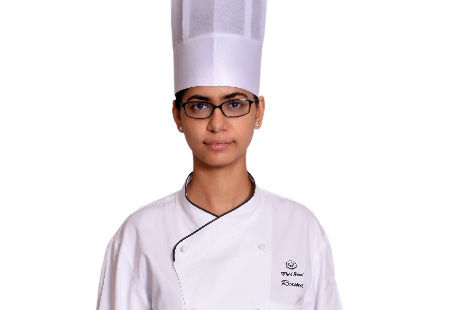 Reema Dutta Gupta: Most people have not heard of her because she toils away in the Oberoi’s pastry kitchens, but, Reema is a truly gifted chef with a deep understanding of chocolate and of baking. She is the star of her generation of pastry chefs. 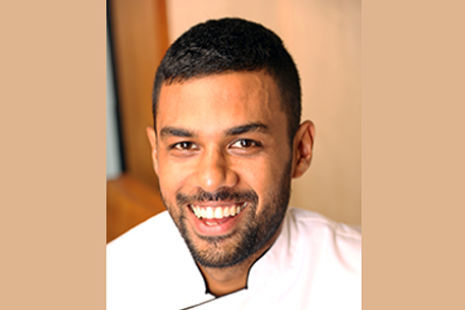 Gresham Fernandes: If Gresham cooked in the West or in any of the cities where Michelin has a guide, he would have a star by now – if not 2 stars. As it is, he works as Corporate Chef for Riyaaz Amlani’s group. He does a terrific job but because few people get a chance to experience his creativity, the world does not realize how brilliant he is when he cooks his own kind of food. 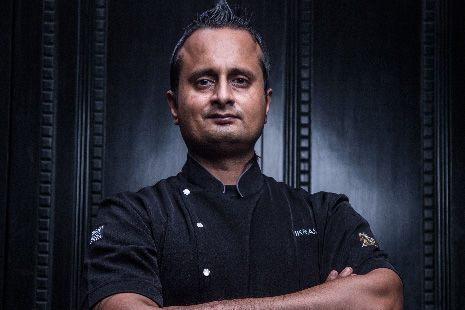 Vikramjit Roy: ITC stole him away from Wasabi at the Taj and built 2 restaurants around Roy’s unique take on modern Asian food. Eventually, Anjan Chatterjee poached him to open the massively successfully POH in Parel. Roy learnt his Japanese basics at the Taj but apart from that, he is self-taught, a hugely talented chef who is forever creating new dishes. 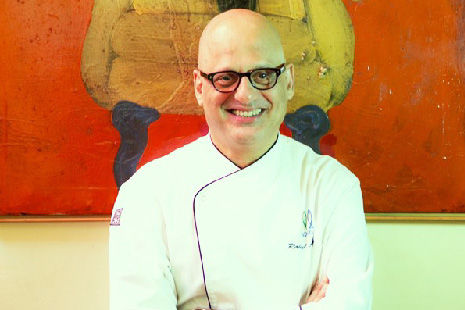 Rahul Akerkar: His success as a restaurateur has led many of us to forget what a brilliant chef Akerkar is. After he left Indigo, he was kept out of the kitchen by a non-compete clause but he has a new restaurant opening and will soon be back, in full form. 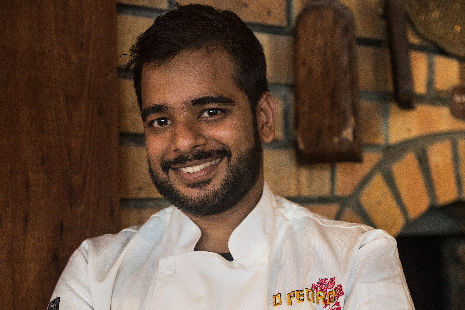 Hussain Shahzad: According to Floyd Cardoz, the great chef and one of the partners at O Pedro where Hussain works, he is the chef to watch. I respect Floyd’s views but we do not have to wait to see if he is right. After a career that included a stint at New York’s Eleven Madison Park and a spell as a private chef, Hussain has hit pay dirt with O Pedro, currently, Mumbai’s hottest restaurant where he re-invents Goan food with a light, playful touch. 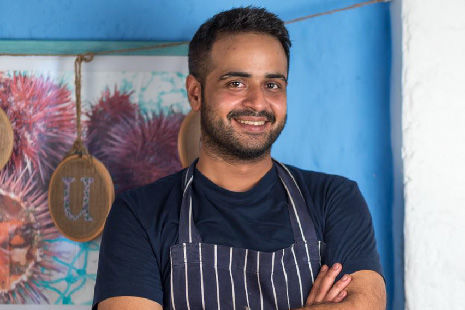 Rishim Sachdeva: Because the Bandra Olive was launched as a lifestyle restaurant, we tend to forget that the food has often been very good (and often not so good). At the moment Olive is on a high because of the skills of Rishim, one of the brightest chefs in Mumbai who stays on top of international trends but is always grounded in his environment. 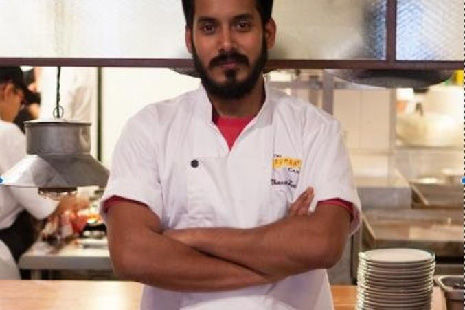 Thomas Zacharias: I always thought Thomas, who is Executive Chef at The Bombay Canteen group, was a terrific chef but what really did it for me was hearing him speak at Gastronomika in San Sebastian last year. This is a chef with a cerebral approach to food, a passion for hunting down Indian flavours and for re-inventing dishes. A global star in the making. 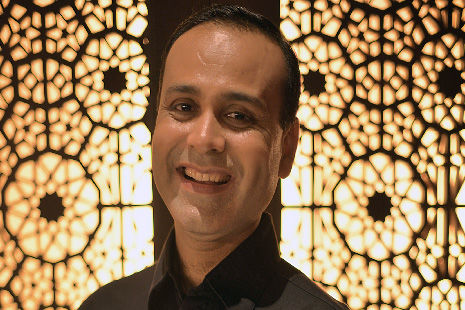 Surender Mohan: The Leela group hires all kinds of foreign expat chefs but its 2 stars have always been, for me at least,  the Indian chefs. The top chefs are Purshottam who does brilliant South Indian food and Surender Mohan who is a gifted North Indian chef. Purshottam has moved to Bangalore and Surender spends a lot of time in London. But, when he is at Jamavar, the food is always wonderful. 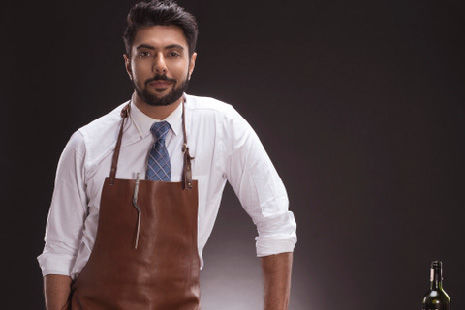 Ranveer Brar: Ranveer is now such a media celebrity that we forget what a good chef he really is. He learned his craft in Lucknow working with local masters and then ran restaurants abroad before returning to India and becoming one of the country’s best-known chefs. But, his movie-star looks sometimes obscure how knowledgeable he is about food, how creative he is as a chef and how good he is with his hands. 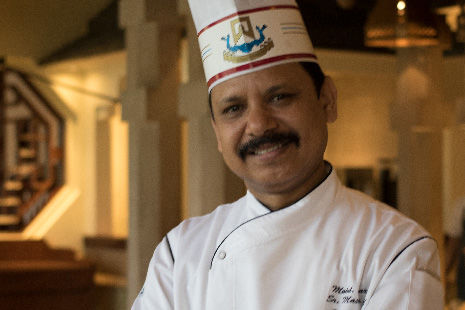 Mohammed Shareef: He has been at Dum Pukht for 17 years now and he cooks the best Biryanis and Kakori Kababs in the city. Though he is the custodian of the Dum Pukht brand, you will find him more often now at the less impressive Kababs and Kurries in Parel where he is trying to raise culinary standards. 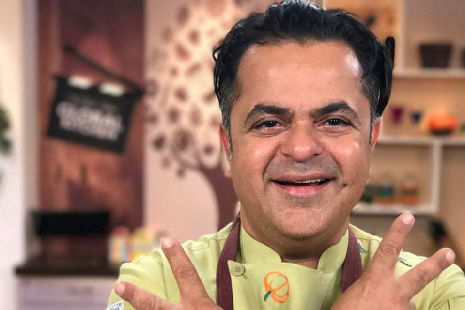 Vicky Ratnani: Another celebrity chef whose high media profile leads people to neglect his talent. Vicky made his name at Aurus in Juhu and since then he has done a variety of different and interesting things. Currently, he is creating new restaurants for the Mittals of Pizza Express and from all accounts, is doing brilliantly. 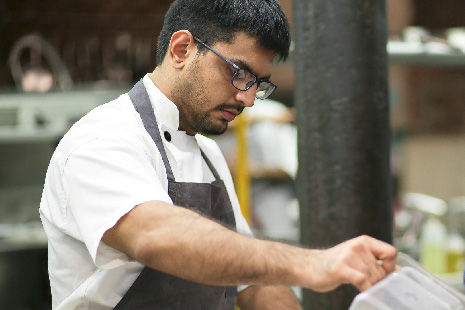 Divesh Aswani: The hot new guy on the block. A Mumbai boy who trained in Australia, Divesh is Chef at the Magazine Street Kitchen and the star of Gauri Devidayal’s trendsetting The Table group. One to watch!