The Legendary Khao Galli of Kolkata 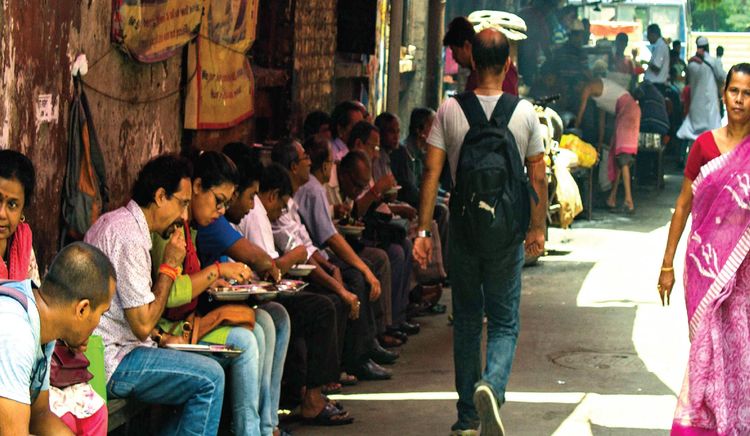 One of the living examples of Kolkata being a melting point of various cultures and cuisines is experienced in one famous by-lane of Kolkata. It is frequented by many people across various walks of life and on any given working day, it is one place in Kolkata which can offer you a good meal at unbelievable prices in today’s day and age. The small by-lane connecting Waterloo Street in the north to Esplanade Row (East) in the south is formally known as James Hickey Sarani and popularly as Dacres Lane.

The history of this lane goes over more than 200 years, where Dacres Lane named after Philip Milner Dacres, the then collector for Calcutta used to be a hangout place for sailors over great meals. The British went off, but the traditions in Dacres Lane continued with some great food over make-shift arrangements and a place where everyone can have meal to their heart’s content.

There are plenty of options to choose from here and the place promises a complete full course meal with handpicked items from North Indian, Bengali, Mughlai, South Indian and Chinese (you can never think of a meal in Kolkata without having a Chinese option) to authentic Bengali mishti (sweets), you get everything here.

On one end, you will find a number of Chinese stalls selling freshly made chow chow (the local name of chowmein) along with some chilli chicken, momos, chicken lollypop and fried rice in all varieties. Then, there are a few stalls where there are hot kachoris being deep fried served with ghughni (white peas or yellow peas stew) and some fluffly chole bature. Cut to Sharma Milk Shop selling hot and cold milk, rich and creamy lassi, rabri, some kalakand and in winters, the gajar halwa comes to play. There are a couple of sweet shops towards the middle and end of the lane selling Bengali sweets as well as pedas and some North Indian specialties.

The star of the lane is Chitto Babu’s shop. This started with a small shop at the entrance, a good 70 years back and then later opened up Suruchee, which is the place where one can sit and have food. However, the small opening in the wall at the entrance of the lane has more popularity. There are benches lined up against the wall opposite the stall and at any given point of time during the day, you will find people of all ages sitting on those benches and having a cup of tea or some chicken stew with bread or may be some ghughni or chicken pakora. The tea is their highest selling point. The fish fry and fish roll of this place are legendary and the chicken stew is as healthy as it can be for anyone. A lot of lunch packs get parceled everyday from here across to various offices in the vicinity.

A recent addition to this place has been of Apanjan, a famous fast food joint of South Kolkata. All round the year, you will get different kinds of vegetables along with naan, fish fry, fish koboraji, pakoras, radha ballavi and many other fast food options at throw away prices. However, in winters, they serve the humble khichudi with a couple of fried vegetables, some papad and chutney for an unbelievable price of 20 INR. And one dish is enough for one person and this khichudi sells like hot cakes during lunch hours.

There are a few more fast food joints such as Classic Fast Food Centre selling biryani, pulao, chilli chicken, chowmein and fried rice and Metro Roll Centre selling different varieties of rolls. However, if you are not in a mood for fried stuff, you can opt for Bebo Sandwich shop. And no, it does not belong to Kareena Kapoor. They sell all kinds of sandwiches, freshly prepared in front of your eyes and grilled with oodles of butter making the sandwiches crunchy on the outside with a hearty filling inside.

Many may have raised a concern about the hygiene of the place and with no proper place to sit and eat and it may look sound little inconvenient, but as some of the Dacres Lane loyalists often say that the holy truth is that no one has ever fallen ill by having food from Dacres Lane and a true foodie can never deny the fact that the street food tastes better when had on streets rather than in the confines of a posh restaurant. 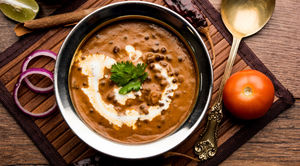 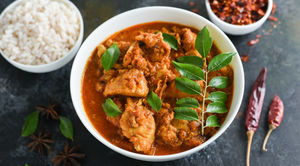