Know more about the traditional thalis in South India 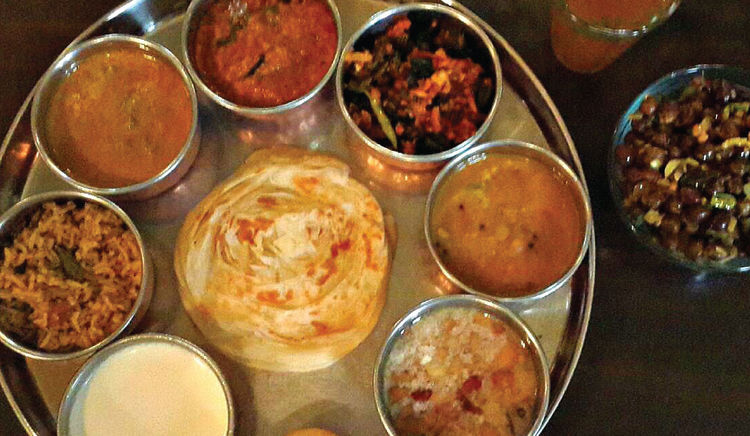 Thali becomes an integral part of your life if you have lived in Hyderabad long enough. Many travellers assume that Hyderabad is all about biryani and haleem, but as a joint capital, it has also become a confluence of many cultures meeting at one destination and that applies to food too. With the two states, the Telangana food is now gaining popularity, which was earlier mostly confined to homes.

Many hotels are also embracing the concept of thali because it is easier to serve to its patrons as quick meals. But the best of Andhra meals can be found in innumerable mess like Kakatiya, Harsha mess, Sri Kanya, etc. dotted around Hyderabad which cater to the students, local crowd and tourists alike. With the partition of united Andhra Pradesh, the traditional Andhra and Telangana thali have actually found more footing. When each of the states want to showcase their culture there can be no better way than through food. Each of the states are rich in culinary history and the locals are going to great lengths to exhibit it on a plate. Many of the city’s prominent restaurants like Spicy Venue, Ulavacharu and Simply South mostly feature a thali during the afternoons on weekdays.

A thali is a simple meal and yet can be complex on so many levels. The wide array of dishes which occupy your plate, the myriad of colours, the variety of sweets, the sour and the bitter bridge together to make a complete meal. The traditional Andhra thali consists innumerable items served either on a banana leaf or plate with lot of ‘katoris’. Rice is compulsory item while there is also flavoured rice/pulavs (lemon, pulihora, curry leaf flavour, ulavacharu) along with. Dal is primarily made along with leafy vegetables like methi, sorrel leaves, palak, etc. This enhances the flavour of the dal and also increases its nutrient content.

A traditional Andhra thali is incomplete without rasam and sambar. The best part about having rasam in Andhra is that you do not end up with the same one every day. There is a whole range of ingredients that they use to add flavour to rasam. It might be pepper rasam (Miriyala Charu) one day and a tomato rasam the next. Fresh vegetable chutney, different types of curries and veg fries are also a must on thali. The meal is then polished off with a portion of curd rice and pickle. Andhra thali is usually completed with some fruits pre-dominantly a banana.

Telangana, unlike its Andhra counterparts has a lot of non-vegetarian items in their food. With Telangana being under the Nizam’s rule for quite some time, you’ll find a lot of Nizami food culture has made its way in their meals. Dalcha, gurdha, keema all find a place on a Telangana plate. The other items in their traditional thali are ragi sangati, jonna roti and bagara rice.

Giving a twist to each of the item in a traditional Andhra and Telangana thali is quite trendy these days. With the advent of food festivals in many of the city’s hotels/restaurants, we are able to experience many different takes on popular dishes. Fusion is being embedded on so many levels which makes it all the more exciting. The last time I actually came across something called a Veg Liver Fry which tasted so close to mutton liver but had actually been made of amaranthus leaves.

The pulavs have been given an uplift. Some of the restaurants around Hyderabad have started dedicating menu pages entirely on different types of pulav. The Raju Gari Pulav at Ulavacharu makes use entirely of healthy olive oil and other unlikely herbs which never featured in Andhra/ Telangana cooking before. They steam the rice along with meat rather than the traditional cooking style.

Change in tradition is always welcome but sometimes it just feels more relaxing sitting over a classic thali. So the next time you are in Hyderabad, do not miss to experience and relish the taste of classic & fusion thali.

Haleem Mania - A Must Have Dish during Ramzan in Hyderabad

Other Related Food Trends | All About Food in Andhra Pradesh 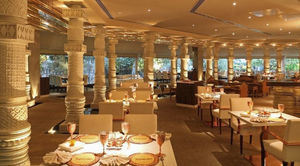 5 Best Restaurants in Hyderabad for Dinner 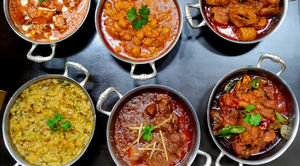 The Flavours of Nizamuddin at Park Hyatt, Hyderabad