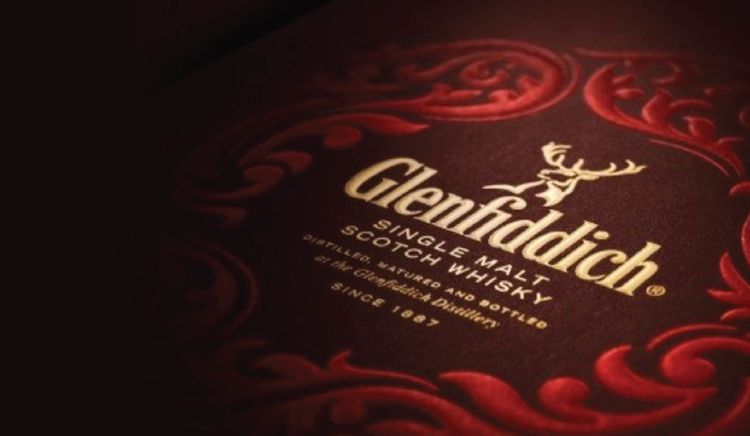 One of the world’s finest Spey Side scotch whiskeys, Glenfiddich has remained a completely family run industry pioneer for over 125 years. It is today internationally sold in 180 countries and accounts for over 35% of the world’s whiskey sales. Time and again Glenfiddich has demonstrated a stellar performance at multiple coveted competitions receiving 28 accolades at awards such as the International Spirits Challenge and Scotch Whisky Masters competitions.

‘Glenfiddich’ which in Gaelic means ‘valley of the deer’ was founded by visionary William Grant in Dufftown, Scotland in 1886, with the help of his nine children and a stone mason. The first drop of spirit was born from their stills on the day of Christmas 1887, a full year from when they had started.

During the 1920s prohibition era, Glenfiddich being one of the only six operating distilleries intelligently increased production, which gave them dominance over the aged whiskey market, as demand had increased fourfold.

In order to support this increased demand, they built up an onsite infrastructure that included well skilled coppersmiths to build and maintain the uniquely shaped copper stills and a dedicated cooperage where each and every aging cask would be tended. In today’s day and age, they are one of the few distilleries to have their own onsite cooperage.

In the 1960s, Glenfiddichs’ single malt was introduced and promoted actively in the international market, which at that time was only used to drinking blended whisky.

There have been many landmarks in the long and winding journey of this iconic spirit. Let us take a look at some, which may not be commonly known to all.