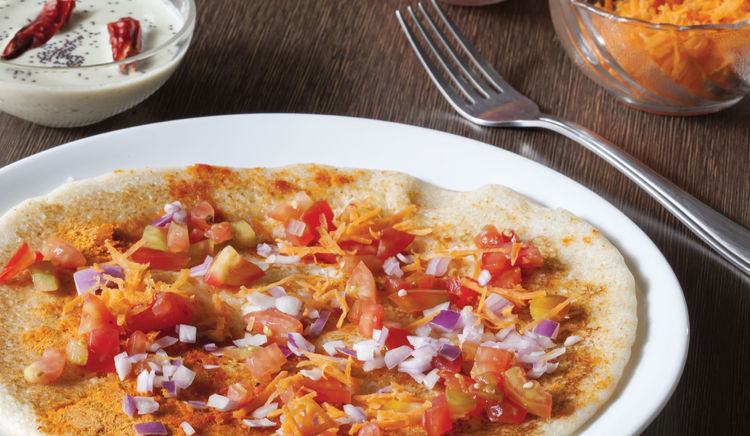 Years ago, the ITC chain of hotels did some research and discovered that something like 95 per cent of guests ate breakfast in the hotel. They might go out for lunch or dinner. But breakfast was nearly always in the hotel – either in the restaurant or in the room.

Further, the research showed that an overwhelming majority ate South Indian breakfasts rather than what might be considered breakfast staples: eggs, bacon, aloo parathas, pancakes and so on.

This was, obviously, music to ITC’s ears because, as is universally conceded, ITC has the best Indian food of any hotel chain. But Nakul Anand, who headed ITC’s hotel division at the time (he is now a full-time director on the board and hotels is just one of his responsibilities; the division is now headed by another foodie: Dipak Haksar) recognised that the F&B at his hotels would be judged by in-house guests on the quality of the breakfast. So he made it the mission of every ITC hotel to get the South Indian breakfast right.

And, to this day, if you order idlis, medu vadas or dosas for breakfast at any ITC hotel, you will never be disappointed. Plus, there are ITC’s own innovations, such as the multigrain dosas that are available at many properties. And the chutneys are usually outstanding.

The Taj, which pioneered putting South Indian dishes on breakfast menus (the first hotel to serve dosas for breakfast was the Mumbai Taj) takes a more fragmented approach to its cuisines. Its brilliant senior chef, “Nat” Natarajan, invented his own multigrain dosa but you do not find it on many menus these days, even though loyalists swear that it is even better than the ITC version. And while Taj hotels in the South turn out excellent idlis and dosas, standards are uneven in the rest of India: the Delhi Taj does a good job, Mumbai can be really terrible and so on.

These days, however, I judge hotels by the imagination they bring to their breakfast menus. And at present, the Oberoi is winning. At nearly every Oberoi hotel, you will find tasty gluten-free alternatives. I was at the Mumbai Oberoi last week and the gluten-free muffins and cakes were world-class. (Gluten-free bread is still a problem, though.) Plus, there were interesting options. Usually, I order idlis everywhere. But, at the Mumbai Oberoi, I had an excellent South East Asian breakfast of a Thai omelette with a little rice.

At other chains, the gluten-free options are uniformly revolting. And imagination is in short supply. There must, surely, be East Asian guests who would like to eat congee for breakfast? Do American businessmen really want waffles and pancakes every morning? Aren’t they too health-conscious to order that, now? And if you want to give people a sweet, maida-full option, why not get your French Toast right? Only the Mumbai Oberoi seems to turn out excellent French Toast morning after morning.

And how about more regional breakfast variations?

At many chains, they reproduce the same menu in city after city without making many concessions to local favourites. Do I really want to eat the same breakfast in Kolkatta as I do in Udaipur?

Finally, a word about the egg and bacon staple. One reason I rarely order fried eggs for breakfast is because the so-called luxury hotels, which rip you off with super-high prices, buy the cheapest industrial eggs with weak whites and yolks that are only marginally yellower. At the prices they charge, they can afford to buy free range eggs with golden yolks. The bacon is usually disgusting and greasy (cheap quality, again).

And any chef who serves a chicken sausage at breakfast should be marched out of his kitchen and shot on the spot. Sausages should be made from pork or beef. Chicken sausages have no taste at all. But they are easy to source and are cheap. I can understand chefs steering clear of beef. But if they serve bacon, they can damn well go and find decent pork sausages.

Basically, what it boils down to is this: there are two approaches. You can be like the Oberoi and ITC and ask to be judged by the quality of your breakfast. Or you can take the line that, as guests are your captives at breakfast, you can serve them any old rubbish.

Sadly, too many chains take the latter approach.