The faces behind those dishes We live in an age where chefs are stars. Who are India’s best-known chefs? Some contenders.

Hemant Oberoi
For many years, the top chef at the Taj Group of Hotels, Oberoi is a legend within the profession. His protégés run all of the Taj’s luxury hotels and socialites beg for his favour. His great skill is his ability to understand global trends and re-interpret them in India. There is not a single great restaurant in the world that he has not visited. His perceived weakness - a lack of Indian food experience - was revealed to be a strength when he opened the massively-successful Varq at the Delhi Taj.

Manish Mehrotra
Perhaps the most innovative chef working in India today, his Indian Accent is widely regarded as India’s best restaurant. Mehrotra started out as an Oriental chef and he brings that sensibility to his take on Indian food. His career took off after he won the Indo-Pak cooking competition, Foodistan, and he is now the father of the new Indian cuisine as his chefs go out and open their own restaurants.

Ananda Solomon
Along with Hemant Oberoi, the Taj Group's star chef. His Thai Pavilion may well be one of Bombay’s most consistent restaurants with a loyal clientele. On an average night you might find Ratan Tata and Jaya Bachchan on adjoining tables. His greatest achievement though may be the Konkan Café next to the Thai Pavilion, which serves the most authentic coastal food of any upmarket restaurant in India. He is due to retire from the Taj this year and the chain will find it impossible to replace him.

Imtiaz Qureshi
India’s first super-chef. When the ITC chain launched Dum Pukht in the late 1980s, it broke with Indian tradition and put Imtiaz’s photo in all the ads. A master of Awadhi cuisine, his sons, nephews, cousins and protégés run Lucknowi restaurants all over the world and so great is his fame that many chefs have now started calling themselves ‘Qureshi’ to feed off the legend of the great man. Imtiaz is now old, but age has not dimmed his legendary love of the good life or the magic in his hands.

Ritu Dalmia
Many firsts here: the first woman chef to become a household name; the first chef at a standalone restaurant to achieve national fame; and the first Indian chef who made her reputation with Italian food. Dalmia is now a TV star and a best-selling cookbook author and presides over a huge restaurant empire though she makes much of her money from outdoor catering.

Sanjeev Kapoor
A magazine survey on the people India trusted the most had one usual name: Kapoor’s. The only chef on the list he owed his position to decades spent hosting cookery shows on TV. Housewives all over the world (and Indians in the Gulf in particular) follow his recipes religiously and depend on his culinary advice. Kapoor now runs his own TV channels, has his own range of cookware, franchises restaurants, and has turned himself into a vast multinational corporation. 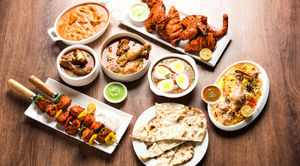 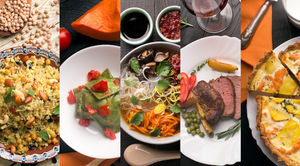 Your Guide To The Best Kebab Serving Restaurants In Delhi NCR