Is it a Food Truck or a Food Station?

Starting a New Revolution in Kolkata 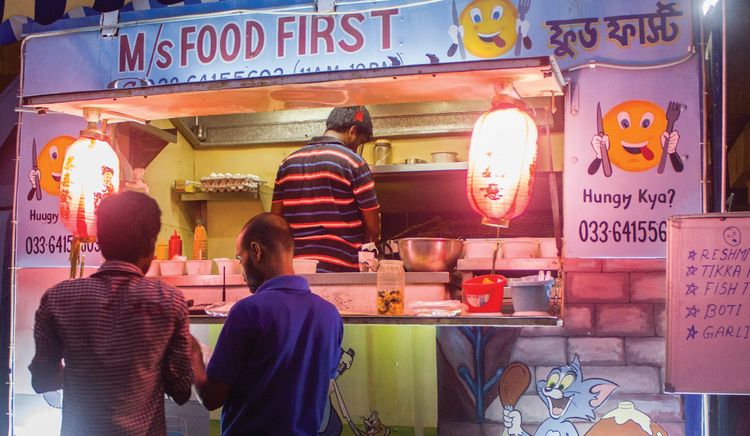 If it is not moving, then it is not a food truck. Remember the movie Chef, where the central character Carl Casper, along with his son and an ex-colleague, drive through the USA from Miami to Los Angeles? His son, Percy, used to promote the truck’s journey through social media and people used to queue up in places at the expected time of arrival and then the next few hours would be crazy.

Like many other things, the food truck enthusiasm has also started – maybe a little late – in Kolkata. While cities such as Bangalore, Pune, Delhi and Mumbai have jumped onto the bandwagon quite some time back, the revolution or enthusiasm has only started in Kolkata in recent times. One interesting observation is that the famous hotel chain, The Lalit Group, is perhaps the only five-star luxury chain that has started a food truck in India. It is called The Lalit Food Truck Company and is based in Delhi. There is perhaps a romanticism attached to running a food truck, which attracts lots of people from various walks of life to start a food truck. While most of the food trucks in India seem to be stationed in one place (which completely violates the essence of the idea and takes away the thrill of a food truck), few also keep moving within the city they operate in, keeping in mind the main principle of a food truck.

If someone tries to discover the origin of the food truck in West Bengal and Kolkata, they would find it traces back to Benfish (the apex body of fishermen in West Bengal). In all major fairs (and Kolkata is a city of fairs, where you can find a book fair, handloom expo, leather expo, industrial fair and so on), Benfish was present with their mobile van and some of the best fish fries on offer. The finicky, selective Bengali bhadralok swore by the quality of the beckti served here.

Cut to 2016, when Benfish still exists but not at its original strength (which would have brought a smile to their loyalists’ faces). Along with this, a few more joints have opened up. These joints serve food from a renovated truck, following the model of a ‘quick service restaurant’. Most of the time, the trucks are stationed at one place. Agdum Bagdum is perhaps the first in this league in Kolkata and operates out of Gariahat. Some of the dishes to check out here are the fish burrito, momos, fish n chips, fish fingers and many other quick finger foods. The signature dish here is the chicken/mutton kabiraji burger. Thank God Its Fresh or TGIF in front of the Calcutta Rowing Club remains open from 5 am till 11 pm. The truck caters to the health-conscious morning walkers with a choice of an English breakfast, and some of the other must-tries are their delicious and fresh sandwiches (both vegetarian and non-vegetarian), pastas, grilled chicken and fish n chips. A little further away is Hungry Hands in front of the Lake Mall. Many consider this the oldest food truck in the city, and some of the fusion foods are worth trying. Hashtageat or #TagEat is the only food truck in Kolkata that sells biryani. Other than biryani, the chicken tikka sandwich is also worth trying.

Many consider Salt Lake Sector V to be the office hub in Kolkata, as this place is the IT hub of the city –no prizes for guessing that there are food trucks stationed here as well. That Food Truck offers some of the best burgers in the city and the galouti burger is a must-try here. Food First in front of Udita, Survey Park, is another new addition in the locality of food joints. The chicken pakodas, chicken garlic fingers, chicken roll and many more finger foods are must-tries here.

The primary purpose of a food truck is to serve good food, which is more or less fulfilled in the city. But whether they can be called food trucks or whether they are truly food stations is one of those questions that may not necessarily be answered. Instead, enjoy the food for the time being.