Now, which topping/crust would you prefer? 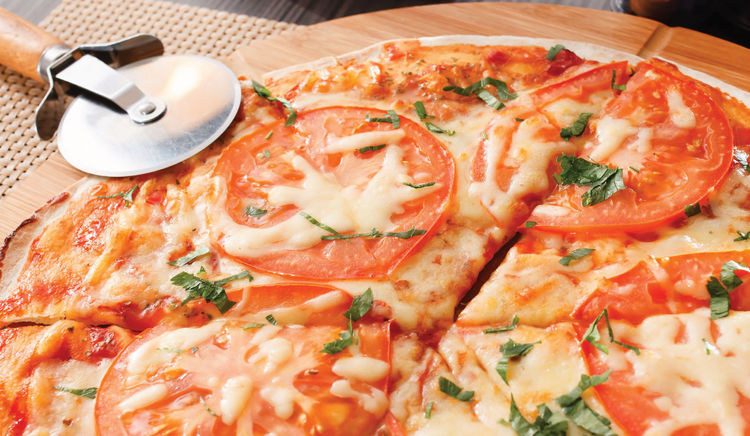 Now that we are into a  pizza  explosion in India, it may be time to consider those most basic questions. How to judge a pizza? And what makes a good pizza any way?

Types of  Pizza: Remember that there is no one kind of pizza. Even within Italy, you will find massive variations. The pizzas  of Napoli are like dough soufflés, meant to be eaten at once. Roman  pizzas  are entirely different.

But basically, most Italian  pizzas as are relatively thin.

The  pizza  that has travelled the world, however, is the American pizza. This has at least three basic variants. There is a Roman-style thin  crust  pizza  meant to be eaten by one person. Then there is the deep-pan Chicago  pizza which is a big fat tub of maida, cooked like a pie. And in America, size is everything so pizzas  can be huge. A large  pizza could feed a family of four.

And often,  pizzas are so big that they are sold by the slice.

Toppings: Frankly, toppings don’t matter. Any fool can put Salami on top of a pizza. But years of marketing have conditioned us to believe that we must judge  a  pizza by the topping. So you get bizarre toppings such as Pineapple or Avocado or Salmon; ethnic ones like Chicken Tikka (pioneered by La Piazza at Delhi’s Hyatt Regency); and so-called gourmet versions like Smoked Duck (the pizza that earned the Californian-European chef Wolfgang Puck his reputation).

The Crust: This is the most important part of the  pizza  and the one you should judge the dish by.

Many people have devoted years of their lives to working out how to get the perfect crust so it is hard to explain in a few sentences. But basically there are three components flour, water and oven temperature. All  pizza  experts agree that you need a special flour with just the right gluten content for the dough to be perfect. Others argue that you need to ferment the dough with a bacterial starter culture (as bakers do with sour-dough bread, for instance).

Even the water is crucial. Giorgio Locatelli, the Italian chef who runs a wildly successful London restaurant, spent weeks finding the right water for his pizza dough when he started serving  pizzas  at his Dubai restaurant.

The easier part is the oven temperature. Most people now know how hot the oven should be. But, which oven? There is a huge dispute over the kind of oven that is best for  pizza  and even over which part of the oven you should place the pizza in.

And finally: If you want to judge a pizza, order a Margarita with no topping. Bite into it and you will know at once if the crust is tough, chewy, doughy or perfect.

The best  pizzas  in Delhi are at the Italian Cultural Centre Café. But before you say “well obviously, Italians know how to make  pizza”, consider this:

The café is run by an Indian chef: Ritu Dalmia. So clearly, nationality has nothing to do with the ability to make a great  pizza.