The restoration of heritage eateries in the city Kolkata has a number of heritage eateries. Some have shut down and now remain just as memories.

However, there are a couple of examples of corporate groups reviving old institutions in Kolkata and one can only hope that this is just the beginning.

Flurys, the famous tearoom in Kolkata and now an iconic landmark in the foodscape of the city, has been witness to changing times and has undergone several changes itself; however the only constant has been the taste of its pastries, unchanged over time. In the last 88 years, Flurys has transformed from a smoky tearoom to a swanky cult joint. It has been a journey of ups and downs but be it the famous rum balls, the Silvana cake, flaky patties or the famous chocolate and vanilla cube, all have remained the same as the legendary aquarium inside. Flurys which was started in 1927 by a Swiss family had fallen on hard times and had almost shut down when it was taken over by the Appejay Surrendra group that runs the Park Hotel on the other side of the road. They have restored Flurys to its past glory and retained old favourites under the ‘heritage section’ along with new introductions in the menu.

The story of the famous Great Eastern Bakery, another iconic bakery and tearoom in Kolkata is also similar. It started as Wilsons bakery in 1840 and the popularity of the bakery prompted Mr. David Wilson to start the Wilsons Hotel. Since then it has changed its name to Auckland Hotel, The Great Eastern Hotel and now finally, The Lalit Great Eastern Hotel with the Lalit group taking over the hotel that was shut for long. Names changed, hands changed but after 140 years, the bakery is still the jewel in crown for this hotel.

The bakery was the most talked about place in the erstwhile Great Eastern Hotel and now it has been shifted to a new place but the feeling is vintage. The century old oven manufactured in England by Baker Perkins Limited is the focal point of this bakery, which is more of a cafe. The original oven has been converted into a Private dining area. Part of the old brick wall has been preserved and part has been craft fully recreated with a very close resemblance to the old wall.  Dim puffs (Egg puffs) as they used to be called earlier, an assortment of breads, the Belgian chocolate hazelnut mousse and the classical opera are a must try here. In the past, the entire street used to smell of freshly baked breads at all times and this is a befitting tribute to it.

The old timers of Kolkata still mourn the closing of places such as the Skyroom and the Blue Fox and lament the fact that multiple efforts of reopening them have been unsuccessful.

Thankfully, the Great Eastern Hotel and Flurys have been able retain the heritage which once made them the sought after destinations amongst the citizens. 8 Types of mouth-watering Gujiya you should try this Holi 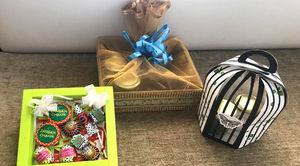 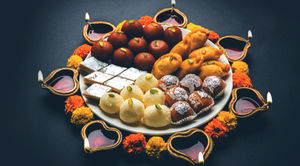 Top 6 Sweet Shops to Visit in Hyderabad during Diwali