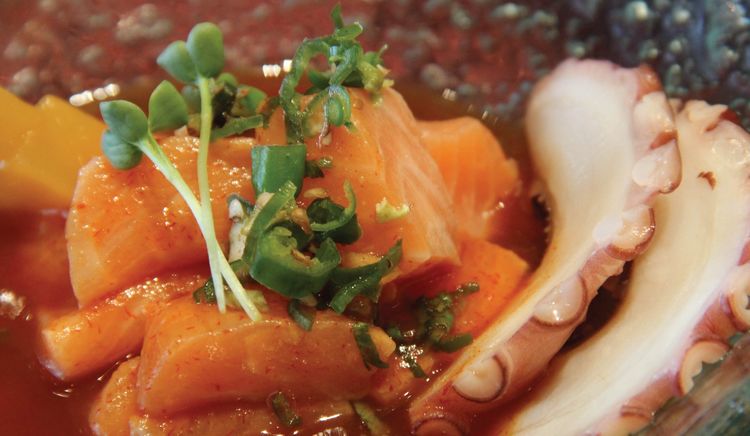 Though so many of the ingredients we use in our food come from South America, Indians (and me in particular) know very little about the cuisine of that continent. We know how we cook aloo but what do they do with potatoes in the land of their origin? Or with tomatoes? Or with rajma? Or with corn? Or with chocolate? (Yes, all these are South American ingredients that were brought to India by Europeans after Christopher Columbus discovered the Americas.)

South American food is now massively trendy all over the world and Peru is now as fashionable in foodie terms as Spain was a decade or so ago. But I’ve never been to Peru and I hardly know the cuisine.

So it was with eager anticipation that I went to the Gurgaon Leela's Fiesta Latina. The Leela has a first rate Spanish Chef, Ramon Salto, and a part-Mexican-part-Spanish pastry chef, Pablo Morales, but to ensure that the Fiesta had an authentic feel about it, they flew down top chefs from South America. Among them was Chef Gerardo Vasquez who is a well-known TV chef in Mexico. From Chile came Alberto Mardones, a cutting-edge modern chef. And from Peru there was Juan Pablo de La Torre Collantes, a famous and cerebral chef who is exploring the role of fermentation in cuisine.

My first priority was to see what the chefs did with the ingredients we are familiar with. This turned out to be more complicated than I had imagined. We think of only a handful of chillies. But in South America they have several hundred varieties and chilli paste is the basis of many dishes. Only one of the dishes, pickle-stuffed chillies, bore any resemblance to what we do in India. The other flavours were much subtler. Interestingly, they often extracted the heat from the chillies in cooking so that the flavours remained without the teekha element. They even used chillies to flavour macaroons, a brilliant idea.

South America is the home of the potato and they are much fussier than us, using different potato breeds for different dishes. I had a Potato a La Huancaina from Peru and it was near to an Indian potato chaat though the flavours were different.

As for corn, they have hundreds of kinds with different colours (blue, yellow, green, purple, etc.) They served me two kinds of corn chips, each made with different breeds that bore no resemblance to the commercial taco chips we get here.

I was intrigued also by Peruvian cooking. Peru has a huge Japanese community and a large Chinese community, so their food merges Asian influences with local South American ingredients and Spanish techniques.

The dishes Chef Juan Pablo turned out reminded me of how Nobu got started. The famous modern Japanese chef worked in Peru, picked up the local Japanese-style cuisine, called Nikkei and refined it for his trend-setting restaurants.

Juan Pablo did two kinds of ceviche, one with octopus that was more Japanese in style and a classic version with snapper. By now the Peruvian technique of “cooking” fish with lemon juice has spread around the world but only the Peruvians know which chilli to use with which dish.

There was lots more, including an outstanding chickpea stew from Chile. But you really should try it yourself. The festival continues at Spectra till 19th April. 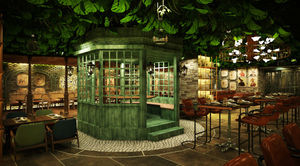 Weekend Hit List: 10 Best Restaurants & Bars In Gurgaon To Hit Up This Weekend 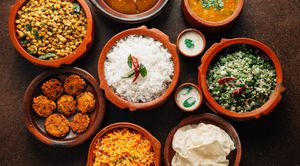 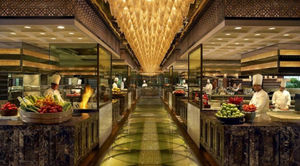