Claw into the tender meat You don’t see much lobster on menu these days, do you? I’m not sure why that should be so. It is not that expensive. And it is local unlike say, scallops which now pops up on menu after menu. While we get fresh lobster in India, the scallop is a cold-water fish so 90 per cent of the stuff served at restaurants in India is refrigerated, farmed North Atlantic scallop with no taste at all and very dodgy texture.

The thing to remember about lobster should you be lucky enough to find one on a menu is that lobsters are a family. The famous recipes of French cooking use a Hommard or a big lobster with claws of the sort we don’t get in the Indian Ocean, the Bay of Bengal or the Arabian Sea.

What we get here is a largely clawless lobster with a meat that is not as sweet as its French cousin’s. Indian chefs sometimes call it a crayfish but, this can be misleading: the French crayfish is an entirely different fish. Some chefs argue that this is our version of the French langouste (a small lobster) and some call it a spiny lobster.

But, no matter what you call it, our lobster has a taste and a texture that is very different from say a Tiger Prawn. The great dishes of lobster cookery (say Lobster Thermidor) are now desperately unfashionable so if you want to eat your lobster European-style, just grill it and have it with a little lemon butter. It can be delicious!

Far better, I think, to have Asian style. The Chinese have a whole repertoire of lobster dishes (Lobster XO; Lobster with Asparagus, etc.) but I always believe that it is hard to beat a mildly-spiced lobster curry or a lobster masala. Just use prawn recipes. You’ll learn how to adjust the seasoning as time goes on. 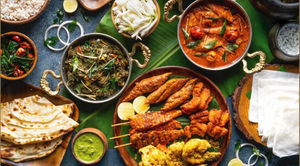 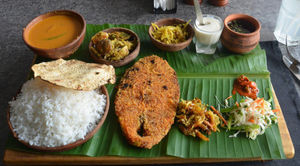