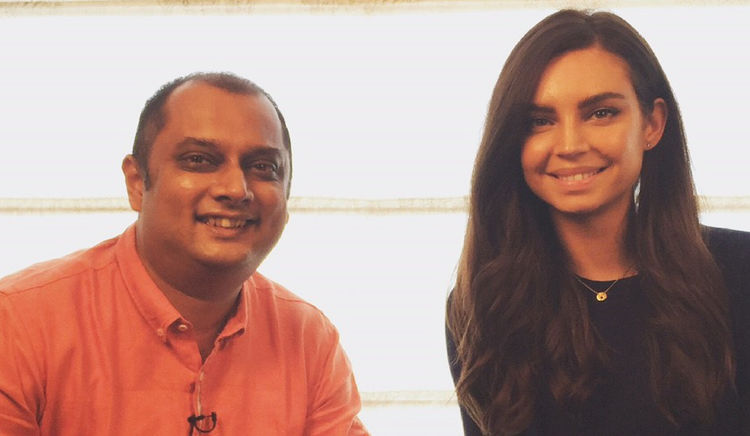 Sarah Todd used to miss her home in Australia when it got cold in London. She was based there to pursue a career in modelling.

Which is when she decided to try her luck at MasterChef Australia. She told her partner, Devinder, that they could move back to Australia if she was chosen to take part in the reality show.

Sarah did make it to the final list and became one of the most popular contestants of MasterChef Australia 6 for viewers in India. Fans were heartbroken when she was eliminated towards the end of the series.

Well, the good news is, she is back and that too in India. Sarah is opening a restaurant called Antares in Vagator in Goa with Ashish Kapur and Joydeep Singh from India.

The restaurant is pitched as ‘India’s first modern Australian restaurant’.

Sarah says that the modern Australian food culture borrows heavily from Asian influences and we will see examples of this and of the very pretty plating, that the viewers of MasterChef Australia are used to watching on TV.

They will largely be using local produce at Antares, which means that Sarah won’t have much access to the rich range of meats available in Australia.

However, she is excited to see the variety of fresh fish available in the markets of Goa and feels that this will be a huge advantage for her. She also plans to experiment with local spices and condiments, including kokum.

One of her favourite Indian dishes while eating across India is kheema and it will hopefully give her some ideas to work with.

Goa has been the setting for a fair bit of international cuisine based restaurants of late, including the Greek Thalassa, which is a neighbour to Antares.

It would be interesting to see whether these international restaurants, which operate at the high-end, can make Goa a destination for dining place and helps it get out of the current season based tourist movement.