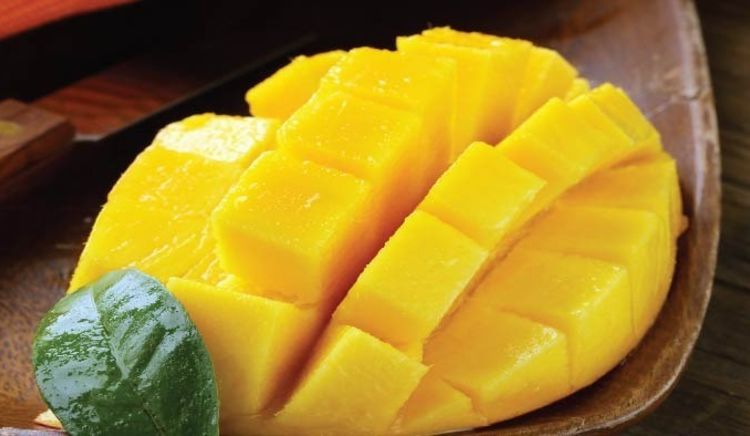 I first became aware of the Mumbaikar’s love for mangoes when I married into a local Parsi family.

Come summer and my in-laws would buy mangoes by the dozen. Every day.

They would have mangoes for breakfast, lunch, dinner and for tea too.

And of course, mangoes had to be Alphonso (Hapoos in Marathi) mangoes for them just as fish had to be pomfret.

It was no coincidence that my mom in law’s fish seller would become a mango seller in summer. The bargaining between the two would remain as fierce though.

Coming from a family in Kolkata where mangoes were occasionally bought and when so, one mango was shared between three of us, the mango excesses of my in-laws took a bit of getting used to. Plus in Kolkata we love our Himsagar and Lyangras. I once took Alphonsos back to Kolkata and the crate was left unfinished. ‘Too sweet’ was the verdict from my folks. Another difference is that in Kolkata mangoes are sold by weight while in Mumbai it’s sold by the dozen. The way mangoes are cut are also different. In Kolkata they are cut into four slices and the seed which is sucked on too. In Mumbai, in our family at least, mangoes are cubed and the seed is discarded.

Well after 16 years in Mumbai I love Alphonsos much more than my wife, a Mumbaikar by birth, does.

So what should you do if you are in Mumbai and don’t want to miss out on the mango love?

Go to Maharashtrian restaurants such as Aaswad, Gypsy Corner and Prakash in Dadar and have aamras (mango pulp) with puri. Or go to Guajarati thali places such as Golden Star thali and have unlimited aamras thalis. You can also try out aamrakhand which is the mango infused version of the Marathi/ Gujarati hung curd based dessert, shrikhand.

Buy Alphonso mangoes, cut them and have them neat is my advice.

Mamma, my late Parsi grandmother in law, would approve.