Some interesting offal-based dishes from Mumbai Sometime back I had written about some interesting vegetarian dishes to try in Mumbai.

Well, Mumbai has its share of juicy offerings for meat lovers too.

Some would say that the ultimate form of meat fixation would be the love for offal or organs. What some meat mavens fondly refer to as ‘spare parts’.

The most iconic offal used in Mumbai would be the bheja (goat’s brains). It has even become part of the city’s lingo and the term ‘bheja fry’ loosely translates as being frazzled.

You can get bheja masala at Malwani restaurants in the city. These are most famous for seafood dishes from coastal Maharashtra but you should try out the bheja at these restaurants too. Sindhudurg in Dadar offers it though not daily.

The Parsis are very fond of bheja. The lacy (egg batter coated) bheja cutlets sold by the Parsi caterers, Katy’s Kitchen, at the recently held Bombay Local were a big hit. You can also order it from them by calling on 9820136511.

The Parsis love their offal as a whole and some other Parsi offal classics are chawra ma khadiya where goat’s trotters are cooked in black eyed peas and aleti paleti. The latter is a Parsi wedding favourite where the unused parts (kidney, liver, heart) of the goat were cooked together by old ladies in villages. This dish was also had for breakfast in Parsi houses though it is losing its popularity in these egg white and white meat days. I have had both these dishes cooked by a retired educationist named Amy Bilimoria who cooks for a small circle of her friends, one of whom shared it with us. You could try placing a special order with Katy’s Kitchen who will need advance notice to cook these for you.

The Muslim community of Mumbai has a tradition of cooking offal too. If you go to the gentleman known as Channawala at Bohri Mohalla, or to the stalls outside Mahim Dargah, then you will find a unique take on ragda pattice. Here the potato tikkis (pattice) are substituted by goat liver and intestine which and served with a chickpea curry (ragda or channa).

If you go to the grandly named but tiny India Hotel at Bohri Mohalla then you will find tawa (flat griddle) cooked versions of bheja (brains), gurda (kidneys) and kaleji (liver) fries.

The tawa cooking style of goat liver and kidneys is popular among Punjabis too and you will find good examples of these at Pal’s fish corner in Bandra and the Amritsar Dhaba cart at Khar telephone exchange.

Do try out sorpotel, a Goan dish or Portuguese origin which uses pig meat as well as pig offal and, in its pristine form, pig blood too. New Martin Hotel in Colaba and Snow Flake near Metro Cinema are small Goan restaurants where you can try out the dish. It is based paired with sannas which looks a bit like an idli but is fermented with toddy. 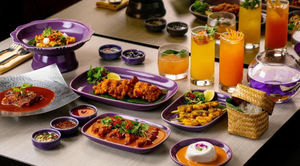 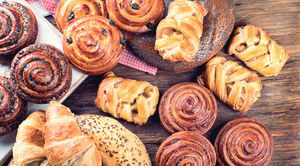 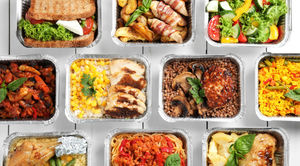