The Most Unusual Dishes In Mumbai Restaurants It is all about trends and restaurants across Mumbai are doing their very best to jump on the bandwagon. With international food trends like Freakshakes or Avocado Toast, restaurants in the city are trying all sorts of flavour combinations to see what will morph into the next big food trend. It is a valiant effort and some have gotten creative while some are slightly bizarre. There are a few flavours and ingredients we never thought would pair together but are surprisingly finding many takers. If you want to try some unusual combinations of food, this is the list for you!

Prawn Gol Gappas – We thought chocolate coated gol gappas with sprinkles was taking things to another extreme but that is before we encountered a meatier version. Craftbar in Bandra East has their own unique style of serving their gol gappas and these come stuffed with prawns, konkani curry and sol kadi shots! Unusual but surprisingly tasty.

Pizza Topped With A Burger – There was a time when people thought pineapple on a pizza was weird, then the breakfast pizza with eggs and chips became huge but putting an entire burger complete with all the trimming on a burger has to be a tad bit bizarre. Dinshaws Xpress Cafe has created their own unique pizza menu featuring all sorts of toppings including a dessert pizza with crushed oreos but the one with an entire burger (or two) decorated on it is what really caught our attention.

Butter Chicken Baos – At one-time, baos were popular all over the city. Every restaurant had and still has a selection of these Chinese stuffed buns but Hoppipola decided to take their baos a step further and jazz them up. If you are one of the many that are obsessed with butter chicken, then you are going to love this desi version of their butter chicken baos.

Nutella Quesadilla – Mumbai really adores Nutella and wants to put it in everything even on our raasta sandwich, so why spare the quesadilla. This Mexican dish is usually loaded with cheese, but Mexican Express in Bandra has decided to make a sweet version. For chocolate lovers and Nutella addicts, this quesadilla is perfect for you.

Pav Bhaji Fondue – We love doing a mash-up of East meets West and one particular concoction that seems to feature across several menus in the city is Pav bhaji inspired fondue. The pav is cut into little toasted bits and the bhaji is served in a fondue pot drowning in cheese. It is familiar flavours with plenty of cheese and this simple dish seems to have a great fan following.

Know more about the Top Restaurants In Mumbai 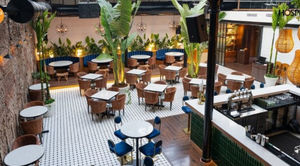 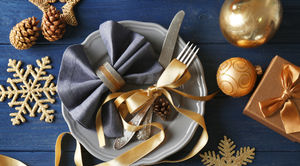