My favourite tea haunts in Kolkata They love their tea in Kolkata and are very particular about how they drink it.

I remember my mother going to tea shops and mixing teas from various blends, for home. Unlike the milk-based masala chais of Mumbai or Gujarat, there is very little milk added to tea in Kolkata. Many prefer to have it without milk. While tea is drunk in most homes in the city, tea drinking on the go is the norm as well. You will have lots of neighbourhood chai’er dokans, or tea shops, where people gather to have some tea and biscuits and chat about everything under the sun.

There are a few places that you can visit to get a flavour of the city’s love for tea if you go to Kolkata.

To have the chai’er dokan experience, go to Maharani near Deshopriya Park. The owner came in from Uttar Pradesh years back. He serves tea in bhars (earthen cups). You also get freshly fried kochuri and aloo (stuffed puris) here. Down the road is Maharaja, a larger stall, which came up as competition to Maharani.

To get a more traditional Bengali tea drinking experience, head to Dolly’s, The Tea Shop at Dakshinapan at Dhakuria. It is a small shop started more than 25 years ago by Dolly Roy, who was the world’s first woman tea auctioneer and India’s first woman tea taster. It is a small, cosy, non-air-conditioned place with a few tables where you could try out a variety of teas and ice teas as well. They serve some basic snacks and the ham sandwich is quite popular here. They also stock a number of Darjeeling and Assam teas of various vintage at the shop, which you can buy.

Kolkata was, of course, the second city of the Raj and loves to hang on to all things British. Flurys in Park Street, which was restored by the Apeejay Surrendra Group, is a good place to go and relive those days. It was set up by a Swiss family and gives you the feel of being in a European teahouse. They have retained some of the dishes from the old menu at Flurys under the heritage section. Do try to get one of the window seats.

The ultimate tea drinking experience in Kolkata though would be to go to one of the nameless tea corners on the streets and try to participate in the adda or discussion going on there. 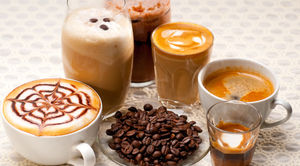