The Chef as Superstar 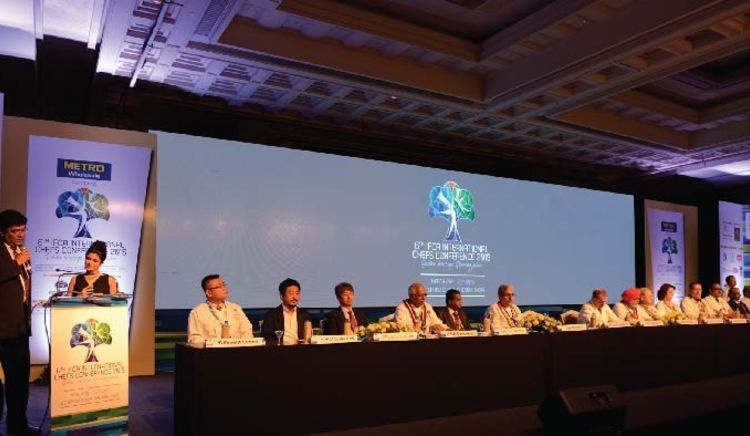 I’ve just returned from speaking to 500 chefs at the Chef’s Conference in Chennai. The audience included some of India’s most senior chefs as well as young kids who were just joining the profession or were studying to become chefs.

I’ve attended every Chef’s Conference since 1995 when the first one was held at the old Juhu Centaur in Bombay. And because I’m not from the Food and Beverage industry, I have some perspective on the changes that the profession has undergone.

In 1995, chefs complained about being pushed around by managers who forced them to make butter chicken and refused to let them experiment or be creative in the Kitchen. They were annoyed by the hierarchy of the hotel industry which made them report to F&B managers who often knew nothing about food.

Twenty years later it is hard to believe that anyone could ever think like that. What struck me most forcefully about this year’s conference was how much India’s chefs had come of age. They were confident. They were not worried about the tyranny of F&B managers. And as far as the young people who had just joined the profession or were training to join were concerned, there was no point in being a manager. It was working in the kitchen that was sexy and glamorous.

When did this change occur? And why? I have some theories.

• I think the mood changed around a decade ago. That was when Indians discovered international food thanks to TV and the internet. The concept behind such shows as Master Chef and Top Chef Masters is that chefs are stars.

Until then, we in India thought of the chef as some grovelling nobody who toiled away in the kitchen. Now, thanks to such prima donnas as Gordon Ramsay and Marco Pierre White, we think of chefs as superstars.

• The rise of the Indian TV has also helped change the image of chefs. We had Sanjeev Kapoor, who is, by far, India’s most famous chef, as inspiration. But now he has been joined by a whole new generation: Kunal Kapoor, Vikas Khana, Aditya Bal, Ritu Dalmia and so many others.

• The concept of food as a creative endeavour has finally taken root. I had kids from catering colleges coming up to me and saying things like “I like Indian food but my passion is presentation. Do you think I should shift to European food because I can create more exciting plates?”

• Or “I like the idea of working in a large hotel company but I feel that a standalone restaurant will give me more scope to make my own kind of food. Do you agree?”

All this was unthinkable a decade ago.

• And finally there’s the fact that Indian chefs are now cooking better food than ever before. It isn’t just the geniuses like Ananda Solomon, Imitaz Qureshi and Manish Mehrotra. There’s a new wave of excellent female chefs (Manisha Bhasin, and Julia Desa, for instance) who have stormed male bastions and emerged as winners. And there are bright young chefs like Manu Chandra, Vikramjeet Roy, Rohit Sangwan and others who have stretched the boundaries of what was considered possible to create their own cuisines.