Monsoon and The Food Scenario in Kolkata 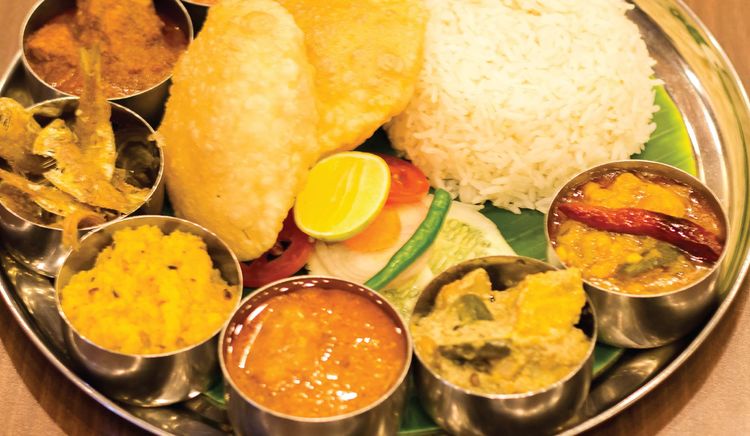 When a popular food joint rolls down its shutter forever, along with the delicacies and specialties it had been dishing out, hundreds of memories also go behind the shutters forever. July was such a month for Kolkata where people mourned the shutting down of The Dhaba. Very rarely a restaurant becomes a landmark of an otherwise busy street but, The Dhaba was one such at the Ballygunge phari. Started in 1930s, the places had been famous for their tandoori chicken, reshmi kabab, keema stuffed khulcha and many more such dishes. Started in 1930 as a tea stall, the Dhaba had two iconic schools of Kolkata around this place whose students and teachers have adored the food for generations and has a list of eminent personalities as their loyalists. It is going to be dearly missed for sure.

The much awaited Ilish festival had started in a big way and the first one to get off the block was 6 Ballygunge Place. Like every year, some innovative dishes such as ilish begun roll or paratha stuffed with boneless ilish, ilish tikiya and gobindobhog ilish stole the thunder. Lokahar, the popular Bengali restaurant was also not far behind and they carried out a hilsa food festival too. Like every year Oh! Calcutta had some innovative dishes for their Hilsa festival. While the common and popular dishes were retained in the menu, the three new entrants this year have been lal lonkar ilish (spicy ilish dish made with bird’s eyes chillies from Assam), posto narkol ilish (Bangladeshi style ilish made with poppy seeds and coconut pairing with onions and chillies) and meghna majhider ilish (a dish made by the boatmen of Bangladesh where the boneless ilish is cooked in coconut milk over slow fire).

First Innings at Stadel held a very unique food festival for 3 days. No matter how much dispute is there between West Bengal and Odisha on the origin of Bengal's own roshogolla, the other dishes of Odisha and the Odiya cuisine in general have not been showcased that much in Kolkata. The Odiya Food Festival is one of those rare occasions where the cuisine and delicious dishes of the neighbouring state were brought forward for Kolkatans. Some of the best dishes starting from the bhaja (the fried ones as starters) to some of the best curries to the mangshe jhol or the mutton cooked with mustard oil stood out. The spread of the dessert was fancy with lot of varieties of fried stuff such as kheer gaintha, malpua, chhena jhilli and chhena gaja, each one stood its ground.

With monsoon in the city, the restaurants are adding on to their regular menus to cater to the taste buds of the food lovers. The Street – The Park's 24-hour café introduced monsoon cravings for the guests. Some local popular Kolkata dishes such as the piyazi or the onion fritters to maska pao, khadani anda paratha to the crispy crumb fried Parsi mutton cutlet served with dhania chutney and tomato kasundi chutney is to look forward to lift the spirits through food on a gloomy rainy day.