The Justice League of Ice Creams in Kolkata

Vanilla or Chocolate Are No Longer the Superheroes 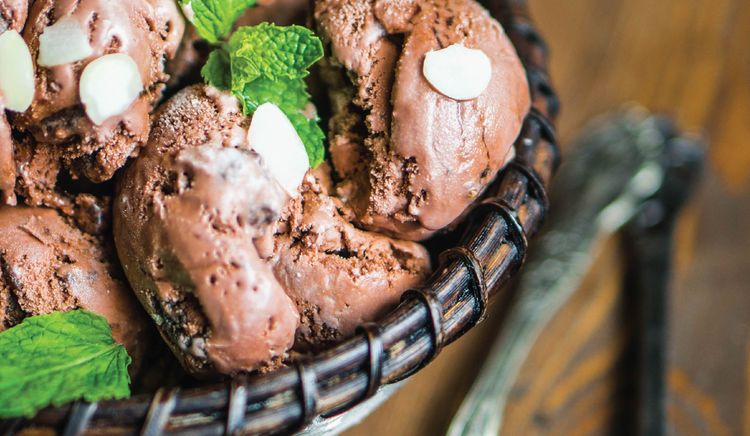 As the mercury soars across the country, other than the hilly states, the demand for one particular food (or dessert, perhaps) is also increasing. If the café has been one of the food retailing innovations that has swept the country (and Kolkata) in the last decade, then ice-cream joints or parlours, as we love to call them, will perhaps finish in close second.

Which is the oldest ice-cream parlour in Kolkata? There will be a serious debate between fans of Scoop near Princep Ghat and India’s Hobby Centre in Russell Street. Each one is good for its own reasons. So rather than getting into the debate of which one is better, we will allow them to enjoy superhero status in the frozen dessert zone of the city.

Interestingly, while other parlours and ice-cream joints have opened up in the recent past – and these are a big attractions for both the young and old generations, a boon for late-night party hoppers, a quick takeaway before a movie – a paradigm shift has also happened within ice cream flavours and there have been some crazy innovations in the area.

Pabrais Fresh and Naturelle Ice Cream – The restaurant began in 2008 and is run by the same management team that owned Tulika’s, the fairly well-known regional ice-cream brand in Eastern India. The famous Nolen Gurer ice cream (ice cream with the flavour of date palm jaggery) is supplied by them, and they happen to be the inventors of this flavour. Innovative flavours such as South Indian coffee, spicy flavours such as wasabi, ginger and star anise, exotic flavours such as lemon grass, mascarpone and pine nut, or fresh flavours such as gondhoraj lemon are sensational and absolute killers among their loyal clientele.

Icy Fusion – This is another fairly new ice-cream joint that is open to customers till way past midnight and is at the top of its game in the city. Their portion sizes are amazingly generous, and they specialise in sundaes that are folded and mixed on frozen marble. There are a lot of customisations, and some of the popular flavours are paan fusion, Nutella Ferrero fudge with bits of Ferrero Rocher, candy crush saga for kids and lavascious, which is made with brownies.

The Cream and Fudge Factory – This is not a local brand, but this international brand has definitely made waves in the city. One can pick from classic flavours such as cookie dough and butterscotch, and royal ice creams such as French vanilla, bubble gum or Swiss chocolate. The next step is to choose your desired mix of nuts, sauces and so on, all of which are hand-folded on frozen marble and served in a waffle bowl or cone of your choice. Some of the ready combinations that can blow your mind are the super rich chocolate lovers and the all-time favourite oreo cream and fudge. For a more desi twist, the nuttie kesariya is highly recommended. And some fruity flavours, such as mango sensation and apple crumble, are top-notch.

Mama Mia – Perhaps the first brand to bring in gelato in the city, Mama Mia started in 2009 and today boasts of several outlets across the city. Their gelatos are light and refreshing and they have a wide array of flavours made with fresh ingredients. Ferrero Rocher, cookie crumble, Baileys, forest berries, tiramisu, Belgian dark chocolate – the list is long. You name it and they have it. Some of the fresh flavours are also a 96% fat-free milk-based gelatos, or 100% fat-free sorbetto, such as the flavours Sicily lemon and green apple.

Yogen Früz – This is another international chain that has been received well and has taken the city by storm. Well, they don’t really serve ice cream, but the yogurt-based frozen ice cream is a good deal for the so-called ‘health freaks’ who also love their desserts. And who doesn't like a bit of indulgence? One can pick from the straight selections, mix-and-match varieties, or make a yogurt sundae with a choice of several toppings. Cheesecake, apple pie, green tea and key lime pie are some of their popular choices.

The ice-cream business is serious now, and all of the above outlets and many more are on a roll, with franchises mushrooming in several parts of the city. It is no longer a case of your classic chocolate and vanilla as single, solitary superheroes – your Superman or Batman. It has gotten more complicated with the addition of fruits, flavours and fresh ingredients – it is the age of teams like the Avengers and the Justice League. 5 Delicious Ways to Use Ice Cream 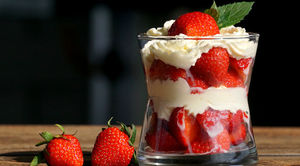 Top 6 Places to Eat in this October Heat 5 Mango Desserts To Indulge In Mumbai This Summer