The Magic Of Christmas Celebrations In Kolkata

Jingle All The Way! 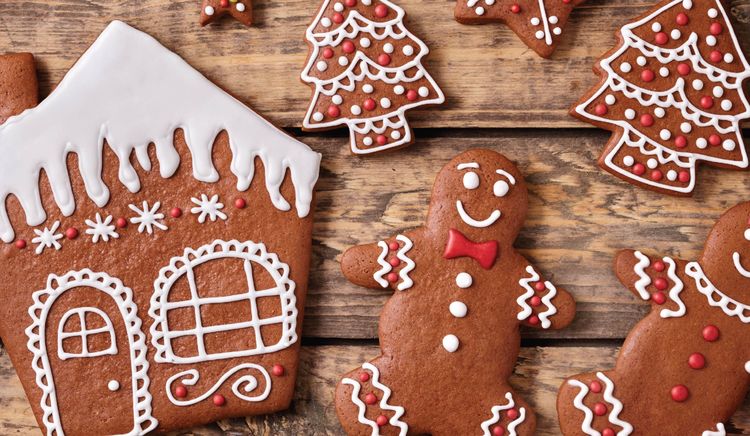 Like the frenzy over Durga Puja and Kali Puja was not enough, Kolkatans go insane in an enthusiastic way over Christmas. Perhaps, no other city in the country celebrates Yuletide the way they do here in Kolkata.

The prelude begins towards the end of October when the bakeries across the city start with cake mixing ceremonies. And soon the entire city, thanks to the present honourable CM, is in any case decked up in white and blue lights; however, Park Street gets a special makeover. The entire stretch is covered in Christmas themed lights and simple blue and white strings spread over the street like a sheet. A large Christmas tree adorned with sparkly decorations stands tall at the crossing of Camac Street and Park Street, while Allen Park gets a giant Santa to greet visitors. It is a sight to behold. There are carollers in Allen Park every evening as well as city’s popular bands playing music and entertaining the hoard of visitors.

The food scene is equally enthusiastic. There are about 30 food kiosks set up on one of the pavements and mind it, these are not your regular street food. Most of them are top of the line bakeries or legendary food outlets or even some home cooks serving extraordinary food. You will find a Flurys counter, something from The Bakery at Lalit, a counter from Park Hotel (which is one of the organiser for this event), some Tangra as well as Tiretti Bazaar women selling dumplings and hot soups, some kabab joints and not to forget, the fish fry and the roll counters. It is a carnival and people flock in thousands to Park Street during this event. The kiosks are put up from the 16th December and the fun and frolic continue till the 2nd of January 2017.

To add to the frenzy, every restaurant in Park Street is crowded with diners, for both lunch and dinner. Flurys, especially has a meandering queue outside, one for people wanting to buy their fresh plum cakes and the other for the Christmas special menu which will invariably have the coveted Christmas pudding.

The city hotels and quite a number of restaurants are doing Christmas special menus. The Lalit Great Eastern is selling attractive Christmas hampers with all kinds of popular goodies like a dundee cake, ginger bread cookies, mince pies, and the famous stollen bread and so on. Bodega Cantina Y Bar is doing a pretty impressive and extensive Christmas special menu which will continue till the 1st of January and consists of interesting dishes such as the pumpkin and goat cheese ravioli, slow braised pork belly, pan seared duck breast, pepper beef steak with a warm helping of mulled wine or the exciting eggnog. The Oberoi Grand Kolkata has also come up with exquisite Christmas goodies which includes an enviable mince pie and a pudding. While all the bakeries, small or big are going overboard with their Christmas cakes, one place remains legendary for their treat – Nahoum And Sons in New Market. More than a century old, it is perhaps one of the oldest bakeries in town. And today also, one has to stand for hours to get hold of one cake. Their rich fruit cake and the plum cake are beyond gorgeous and exude happiness with every bite.

Christmas and Kolkata are almost synonymous. If there is any other city after London or New York that one must visit during Christmas, it definitely has to be Kolkata.