A Dozen recipes of Hilsa is being showcased at the month-long festival at Oh! Calcutta 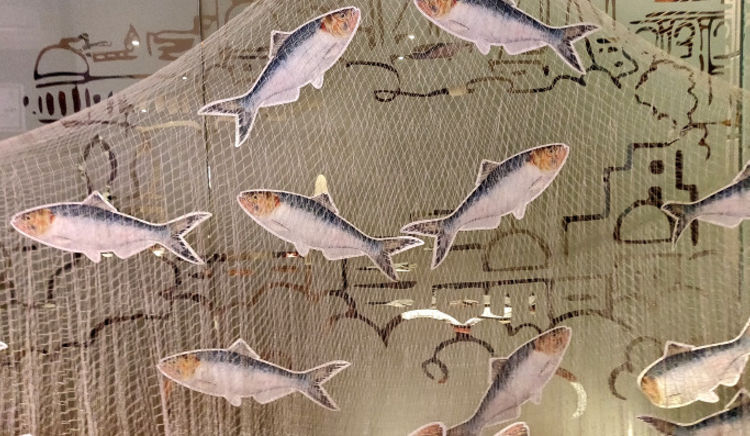 Hilsa fish (or “Ilish" as it is known in Bengali) occupies its pride of place in Bengali cuisine. During monsoon every year, the taste of this fish is at its best, as this is the time it goes from the sea upstream into the rivers. Bengalis love this fish from the core of their heart, a passion that is comparable to the Hyderabadi passion for biryani. The Bengali cuisine has a huge number of recipes using this fish, starting from the humble fried fish and simple curries to steamed versions in mustard sauce. There is a trend of serving boneless dishes of the fish too in recent times, though puritans argue this is not the way to relish this delicacy. Hilsa is also popular in countries like Myanmar, Pakistan and states of India such as Odisha and Andhra Pradesh.

Oh! Calcutta, the restaurant chain specializing in Bengali cuisine hosts a Hilsa Festival in its branches across the city during monsoon. The promotion named The River Water Hilsa Festival is currently on at its branches all over the country. A special menu is offered across all the branches, consisting of 12 different preparations of the fish. 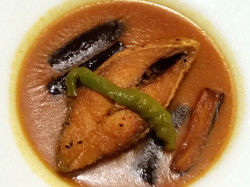 While Ilisher Jhol (a curry using basic spices as well as kalonji, with brinjal added as a vegetable), and Ilish Bhaja are some of the traditional preparations, the promotion also showcases quite a few dishes with boneless Hilsa, as well off-beat preparations using souring agents like Aamra (Indian hog plum). Here are some of my picks from the dishes being offered: 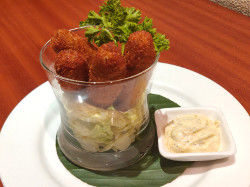 Ilisher Fish Finger: This variant of the popular dish Fish Finger tastes even better with the Hilsa flavours slightly overwhelming the rich spices. Goes well with Kasundi, a mustard-based sauce popular in Bengal. 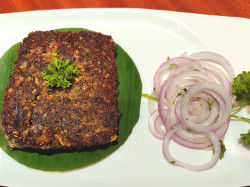 Mochar Ilish: Mocha or banana flower has a few exotic preparations in Bengali cuisine, but the preparation with boneless Hilsa is not common. A layer of boneless fish is covered by some spiced and well-cooked banana flower. 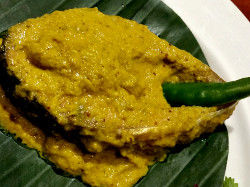 Smoked Hilsa: This recipe is a legacy of British India, which used to be popular in the clubs of Calcutta during the British Raj. The boneless fish with a smoky taste is served with Sautéed Vegetables and Potato Wedges. 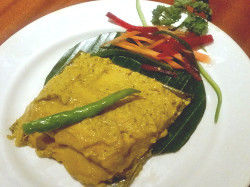 Ilish Paturi: Boneless Hilsa is prepared in a sauce of mustard along with green chillies, and then wrapped in a banana leaf and steamed. Oh! Calcutta version follows the traditional recipe and tastes authentic. 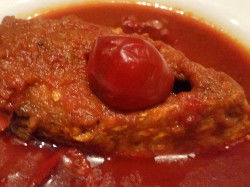 Lal Lonkar Ilish: This preparation appeals to the spicy palates and should work well with the locals in Hyderabad. The spicy and tangy preparation has a copious amount of red chillies and goes well with rice. 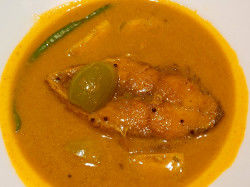 Aamra Diye Ilish: A light and tangy curry with Indian hog plum being the souring agent. This comfort dish with rice was my favourite from the menu.

Some other interesting recipes being offered are Meghna Majhider Ilish, inspired by the boatmen of the river Meghna in Bangladesh, and Aam Tel Ilish, where Hilsa steamed with mango pickles, steamed sealed in a clay pot with Steamed Rice. The a-la-carte festival is on for both lunch and dinner.

The River Water Hilsa Festival is on until the end of August at Kolkata, Delhi NCR, Mumbai, Bengaluru, and Hyderabad branches of Oh! Calcutta.