The Story of Tandoori Chicken

The bird that flew all around the world 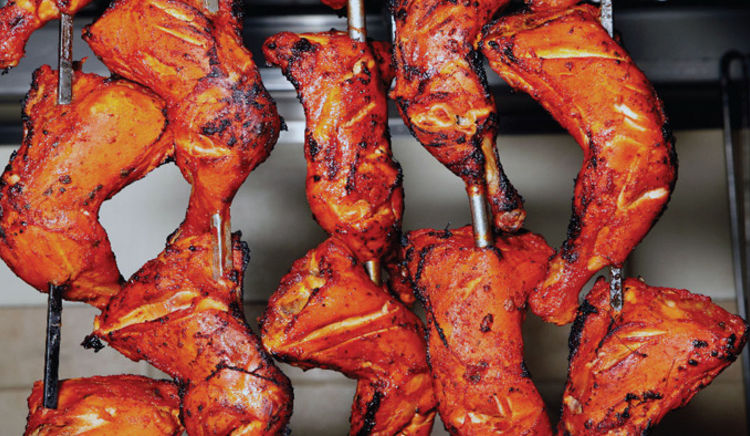 These are questions that every foodie grapples with and usually there are few convincing answers. Here is a rough guide to all the available theories surrounding this most famous of all Indian dishes.

The Mughals did not invent tandoori chicken. It was never part of Avadhi cuisine. It is not a dish associated with the great Muslim cuisines of North India.

Now that we got that out of the way, let’s look at possible inventors.

What we do know is that there are no records of chicken being cooked in the tandoor before the 20th century. As for tandoors, it is claimed that archaeologists have found traces of tandoor-like objects in the Indus Valley Civilization excavations. But hey, who really knows?

We can be certain however that tandoors were used by Hindus and Muslims in the Punjab to make breads. Ovens that seem a lot like the tandoor turn up in Afghanistan and Central Asia. But there are no records of these in Lucknow or in the Moghul court.

Who had the bright idea of putting a chicken in the tandoor? We don’t know but anecdotal evidence suggests that the dish was around in Peshawar and, just possibly, Lahore in the 1930s.

So we can say with some certainty that tandoori chicken was invented in the Punjab in the first half of the 20th century.

Its Rise To Fame

No matter who invented tandoori chicken, there is no doubt that Moti Mahal in Delhi’s Daryaganj area made it famous. The restaurant was set up by Kundan Lal Gujral, a refugee from West Punjab who moved to Delhi with virtually nothing around the time of Partition.

Gujral was one of lakhs of refugees in the capital and many of them set up little food stalls to eke out a living. But he was more ambitious than the rest and he turned Moti Mahal into India’s most successful restaurant on the basis of his tandoori chicken.

Once the fame of the dish spread far and wide, Jawaharlal Nehru, then Prime Minister of India, brought foreign visitors to India to Moti Mahal making it a must-eat destination for visiting dignitaries and ambassadors.

Inspired by Moti Mahal, many other Punjabi refugees also opened tandoori restaurants in the capital. The Pandara Road market which had been given over to refugees to open food stalls soon became the centre of the tandoori restaurant trade -- which it remains to this day.

Why Was It So Popular?

Two factors contributed to the popularity of tandoori chicken. The first was that it was easy to make. You marinated the chicken in a simple marinade. And then, when you put it in the tandoor, you could put several chickens on a skewer. So, refugees who did not have the money to buy kitchen utensils were happy depending on a single tandoor in which they could bake chickens and naans.

The second factor was the flavour. Indian food can be too spicy and too wet for foreigners. But tandoori chicken, with its mild flavour was the perfect dish to serve Westerners. That’s why Nehru liked serving it to foreign visitors.

While there may be some dispute over the provenance of tandoori chicken, there is a measure of agreement that even if Moti Mahal did not exactly invent the chicken tikka, it certainly perfected the dish.

Tandoori chicken is a rustic dish, meant for people who like tearing chickens apart with their bare hands -- you can’t really eat it with a knife and fork. But a chicken tikka, with its pre-cut pieces of chicken, seems less daunting. And because most restaurateurs did not use the edible food colour that gives tandoori chicken its distinctive angry colour, it looked significantly different.

In later years, the marinades for chicken tikka kept evolving and now many kitchens use vast dollops of cream and even, Amul cheese. But the original dish was quite simple.

Bring On The Butter Chicken!

There’s no doubt that Kundan Lal Gujral did invent butter chicken. He did it basically to save money. As Moti Mahal became more and more crowded, his cooks started putting chickens in the oven even before the orders came in so that guests would not have to wait too long.

This approach led to a certain number of left-over chickens at the end of each day’s service. Gujral had the cunning idea of rehydrating the chickens by cutting them up and putting them in a sauce.

His masterstroke was the sauce. He combined tomato, cream and butter to create a gravy that was so rich that even yesterday’s chicken would not seem stale once it was drowned in it.

Later, the recipe was sophisticated so that the dish is no longer made with left-overs. (In case you were worried!)

What About Chicken Tikka Masala?

More lies are told about chicken tikka masala than about any fusion dish. First of all, it was never the best-selling dish in the UK. That was a lie swallowed up by a gullible media.

Secondly, while it does work well with tomato soup, the story of a Bangladeshi restaurateur who was left with a chicken and a can of Campbell’s Condensed Tomato Soup and decided to create a new dish, sounds distinctly made up.

What we do know is this; Bangladeshi restaurateurs in the UK were finding it difficult to sell butter chicken because Brits objected to the fat content. So they had to invent another gravy for chicken tikkas.

How did they come up with this? There’s the tomato soup theory. There is another one that says they improvised on khurchan, a dhaba staple. And the third and most probable is that they took butter chicken, cut down on the butter, and added more tomato. The spicing was adjusted over the years to suit British palates.