Go beyond Biryani and try out these 10 delicacies in Hyderabad Though Biryani is the most popular dish in the City of Pearls, food exploration in Hyderabad is incomplete without trying out a handful of other dishes. These are not just from the local Hyderabadi or Telugu cuisine, but even some which Hyderabadis have adopted from other regions and even countries. Here are 10 dishes which any discerning food lover in the city needs to try out. 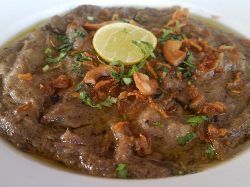 Easily the next most popular dish from the city, Haleem is closely associated with the month of Ramzan when it is a favourite iftar food. Hundreds of kiosks spring up all over the city during this period to offer the meat and wheat delicacy. Unlike earlier, Haleem is now available all through the year at a few places like Zaiqa-E-Hyderabad in Banjara Hills. A unique dish where boneless marinated slices of mutton are cooked on a stone. A favourite of Nizam Asaf Jah VI, the succulent dish is still very much sought after in the city. Bade Miyan at Tank Bund is one of the sought-after places for this dish. 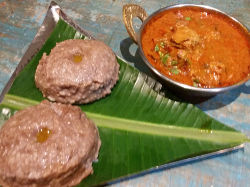 The country chicken curry typical of Andhra Pradesh is best enjoyed with Ragi Mudda, a ghee laden ball of finger millet. Try the dish at popular Andhra restaurants in the city, like Ulavacharu and Kritunga. 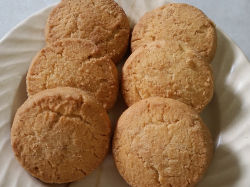 This round biscuit which has a seventy-year-old legacy is named after the Seventh Nizam Mir Osman Ali Khan, who used to love it. You can try it in any Hyderabadi café preferably with a cup of local Irani Tea. Subhan Bakery, Nimrah Café and Karachi Bakery are some of the go-to places for this dish.

This stir-fried Hyderabadi dish has lamb or beef with onions and basic spices. It is savoured either with Khatti Dal and Bagara Rice or even on its own. Quite a few Hyderabadi cafes in the old city for authentic versions of this dish. Chicha’s at Masab Tank and Meridian at Punjagutta are some of the places known for this delicacy. For the beef version, try Alhumdullillah at Nampally. 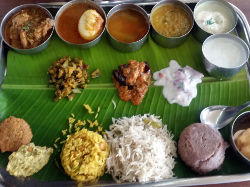 This is not an item but a meal in itself. Laden with a lot of chillies and spices, a thali in a popular Telugu mess is a complete meal, with Rice, Dal, Sambar, Chutney, Vegetable Curries and Curd. In spite of the spicy nature, this meal is incredibly tasty. Kakatiya Deluxe Mess at Ameerpet serves one of the best thalis in town. An import from Yemen, adopted by Hyderabadis through the Yemeni soldiers in Nizam’s army, the rice and meat dish is fast rising in the popularity chart. The best mandi is available in the restaurants like Mataam Al Arabi at Barkas, the area which housed the erstwhile Yemeni “barracks”. 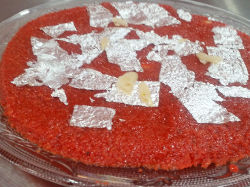 The milk-based dessert travelled from Turkey and became popular in Hyderabad more than a century ago. Even now, there is a lot of demand for this sweet made from milk, ghee, nutmeg, dry fruits and saffron. It is only available at a handful of places today like Hameedi Confectioners and Ohri’s Sahib’s Barbeque.

This Hyderabadi dessert is made from apricots and sugar syrup. Along with Double ka Meetha, this is among the most sought-after desserts in the Nizami cuisine. After a biryani feast, people often end their meal with this dessert. Top Hyderabadi restaurants like Zaiqa-E-Hyderabad in Banjara Hills and Hotel Shadab in Ghansi Bazar. 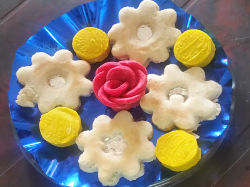 This almond cookie from yesteryears is a speciality which is available only at a select few places in the city. Decorated versions of the dish are quite popular for weddings in the old city. The Imperial Sweet House in the old city is well-known for this dish. Finest Restaurants In Hyderabad That Are Now Open For Dine-in