Top 5 Must Try Dishes from the Aminia's Menu

90 years of Aminia, Biryani and Beyond

When it comes to Biryani, Kolkatans are fiercely protective about the Calcutta Biryani or now, the Kolkata Biryani. Any other biryani does not stand a chance against this mildly fragrant rice dish with a mutton chop and a potato. There are several restaurants in Kolkata which serve Kolkata Biryani but it is the old Biryani joints, who are the custodians of the authentic Kolkata Biryani recipe. However, each one tells a different story, which lies in the finer details of the dish.

It is difficult to say which is the best biryani restaurant in Kolkata. Every person has an emotional connect or a memory with a particular restaurant. Some have been there for a century, some close to a century and some are about a couple of decades old. But biryani equals emotion for a Kolkatan. Amidst the roller coaster of emotion, Aminia, the famous Mughlai and Awadhi cuisine chain, completed 90 glorious years in Kolkata.

It has been 90 years since the first outlet at Zakaria street in 1929, the taste of the food remains unchanged. So what does Aminia offer? It is not just biryani. There are so many dishes, which are excellently made with closely guarded recipes. 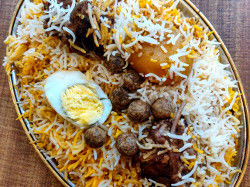 Here are our top 5 picks from the menu of Aminia, other than the famous biryani. 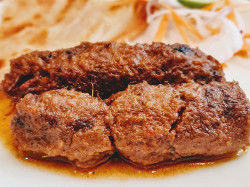 Mutton Pasinda Kebab - Once you have their Mutton Pasinda, you will not want to have any other in the city. The process of making this kebab involves peeling of mutton skin from the leg and then marinating in secret spices before cooking the kebabs. Unfortunately, it is made in small batches every day at limited outlets and if you don’t reach on time, you will probably miss out on this legendary kebab. The meat is so soft that it literally melts in the mouth. 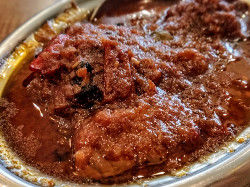 Mutton Khada Masala - Made with whole spices, this dish has tender mutton pieces bathed in rich onion gravy with an abundance of whole peppers. Broken pieces of dried red chillies along with the semi-thick onion gravy makes this a sensational dish that always pleases.

Mutton Rezala - Perhaps this is the one dish where the taste has changed over a period of time to suit the local taste palate. Mutton Rezala is a favourite with Bengalis and the consistency of the gravy is quite thin and the taste is little sweeter than a normal rezala. The floating chunk of mutton along with fox nuts, almost striking out like jewels in the gravy, is a crowd-pleaser. If you do not prefer mutton, you will get the same gravy with chicken too.

Chicken Isfahan - Not many know about this dish and not many order this stellar preparation. Isfahan is a city in Central Iran and this recipe travels from that region. This has a chicken breast stuffed with dry fruits, nuts and caramelised onions and then cooked in a creamy cashew nut gravy loaded with green chillies. 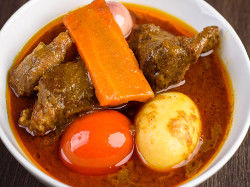 Aminia Special Curry - This is Aminia’s secret weapon and you won’t forget the taste of this fiery dish once you have it. It is always a mutton shank which is prepared with garam masala and other spices. What is interesting about this over the top red dish is the use of whole tomatoes, whole shallots, sliced carrot and whole potato. It is light and thin in texture and goes brilliantly with Tandoori Roti or Rumali Roti.

Popular Locations for Restaurants in Kolkata See All

Top Restaurants in Kolkata See All

Instant restaurant reservation with guaranteed deals in more than 10000+ restaurants across India & Dubai.

Download the EazyDiner app & get 500 EazyPoints on registration. Get your first FREE meal at just 8000 points.