7 Most Memorable Meals, Rants And Trends From 2016 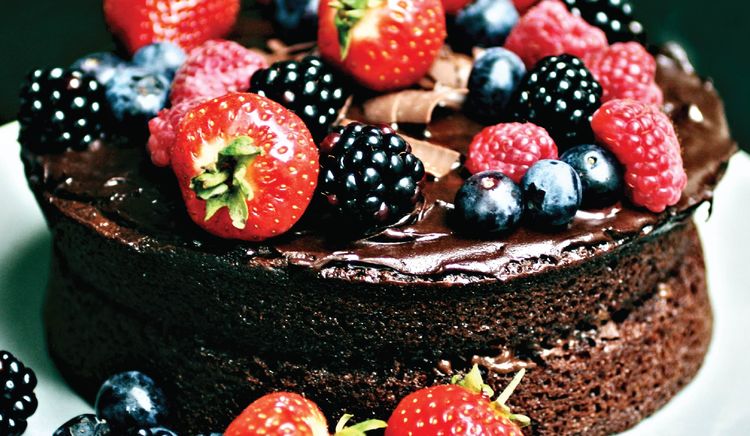 This was a life-changing year for me; if not most certainly, a gut changing one. As an EazyDiner critic for Chennai, I dined out at more establishments in the city than perhaps anyone else – over 120 restaurants in a span of 8 months, a new restaurant every two days! At many eateries, I would return to dine again a few days later. Sometimes, it was because the food was so good that I had to book another appointment to do justice to it. A couple of times, it was also because my meal had been so underwhelming and the promise so extravagant, that I had to try it one more time before writing the place off. Then there were actual re-reviews which were usually spread months apart; some I had personally requested when the restaurant had seen a dramatic shift with change at the helm and some, because my first assessment had been too bitter a pill to swallow. Of course, there were many, many leisure meals as well. I travelled this year, primarily to eat out, to Pondicherry, Kolkata, Shillong, Guwahati, Delhi NCR, Bengaluru, the Western Ghats, Nilgiris and further down the Coromandel Coast.

It is that time of the year again when all food writers like to put out a ‘Best of 2016’ list and I am tempted to do so too. Though, I think it would be less entertaining and more authentic if I took some cognisance of the humbugs as well. I did eat a lot, but it was not always well. Perhaps it is an occupational hazard, but my taste buds became a lot harder to please even amidst widespread approvals and laudations. I can count an equal number of times I cringed at the prospect of chomping through layers of ineptitude, drizzled with pricey showmanship as I can the number of times a meal moved through my gullet, and into the hall of memorability.

In between, I also got to know the F&B industry better than ever before, figuring out a few trends that you will see on your plates in the years to come. Therefore, I have decided to journal the good, the bad and the hopeful here. Part 1 captures dishes and experiences that make me tingle with nostalgia (with a bit of help from Instagram of course) while Part 2 shall serve trends and forecasts for 2017, along with a few rants and a side of runny vitriol.

Galette de rois and everything baked at Baker Street, Pondicherry

Run by a Frenchman as sister-concern to a bakery by the same name in Paris, I ate the airiest croissants, lightest quiche and the best triumphs of flour, sugar and butter this year at Baker Street. However lording over everything else was galette de rois or the cake of kings; hard to find in Chennai, it is a stack of flaky pastry and marzipan with a little surprise in the middle.

I travelled to Kolkata for five days with food on my agenda, trying everything from kathi rolls in New Market and sandesh in North Kolkata, to biryani across town and a progressive bengali lunch at Bohemian. I have never seen a city as smitten by the palate as Kolkata. Nearly every Kolkatan I asked for recommendation fashioned himself/herself as an opinionated food critic! I ate a lot, and very well indeed, but if there is one meal that captures the essence of the city for me, then it was the Bengali buffet lunch/brunch at 6 Ballygunge Place. Do not roll your eyes over the ‘buffet’ bit, it is a chic eatery known for its exceptionally prepared buffet with A-grade versions of classics such as ilish fry, potoler dolma, kosha mangsho and even puchkas put out!

Dinner on a full moon night at The Beach Club, Chennai

Disclaimer: The food is not exceptional and there is no liquor. Owner, Suresh Menon is an avid photographer of the ocean sky and has found a way to build a restaurant where nearly every sea-facing cover gets an unforgettable view of the Bay of Bengal. On a full moon night my view from the intimate balcony at The Beach Club was so stunning, that I really did not notice anything else. The Wharf at Radisson BLU Temple Bay and Bay View at Taj Fisherman’s Cove are vastly superior sea-view eateries, but The Beach Club fills you up in places they cannot.

Shillong was the highlight of my travels in 2016 – an un-spoilt valley with fantastic, exotic food, warm culture and the friendliest people. One particular meal that stood out was on a nippy afternoon at Jadoh in Don Bosco Square. Jadoh is a small, single-woman run eatery that serves Khasi meals in small thalis (a bit like bento boxes). I think sooner than later, the rest of India is going to wake up and acknowledge the great cuisine of our distant hills with freshest produce and now-hip techniques such as fermentation and slow cooking produce. Gems such as jadoh – a pork blood, offal and rice biryani of sorts and mylliem – smoked sausages and fermented soybean paste-chutney are not to be missed.

South Indian food is no longer a novelty. I have traveled extensively through Tamil Nadu, Kerala, Karnataka and the undivided AP, dining at fancy restaurants, bankable hotels, darshinis/sagars and at kayaneidhi bhavas, in weddings and also at homes. Therefore, when I say that Southern Spice serves the very best South Indian food I have ever had, you must take it with a pinch of gumption. If nothing else, do try the silky emulsion of the allepy meen curry and cloud-like appams.

Desserts at The Culinarium, Ketti Valley

If it were not for a friend who teaches farming at schools in the valleys of South India, I would have driven right past The Culinarium. It is outside Needle Industries on the road from Coonoor to Ooty and little prepares you for a slick, premier café overlooking the rolling valley below. A brainchild of Needle Industries’ chairwoman Vasanthi Devaganam; she has spared no cost to craft exquisite food with produce grown in the valley. Nothing could underline my claim as well as desserts at The Culinarium: crafted by ex-Oberoi Pastry Chefs with farm fresh cream, juicy strawberries, and lavender picked from the Ketti Valley. A clotted cream and strawberry cornetto drizzled with lavender reduction trumps every other dish that sweetened my mouth this year.

I had popped over to the Keystone Foundation to interview activist and honey-gatherer John Matthew, who works at providing a sustainable income source for tribal honey hunters of the Nilgiris. It was a late Sunday afternoon, and they had already shut the café at Keystone; John suggested Hari Mess, along with Murad Shahuna, who runs the popular Biryani delivery service Fill Belly, had already implored me to try it out earlier that morning. It is a 10 feet X 10 feet mess (colloquial term for a dhaba in the South) that served me mutton pepper fry so tender and juicy that I was certain that something was fishy – to my surprise there was not.