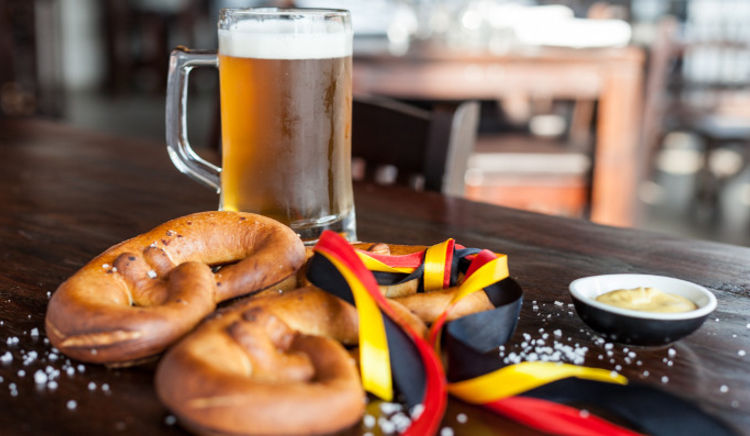 Beer is on everyone’s mind, quite naturally as Oktoberfest is here. Yes, it has just begun. Authentic German beers such as Weihnstephaner, Paulaner, Erdinger paired with some scrumptious food such as Bratwurst and Kartoffelsalat, are a must-have. A medley of meats and drinking beers by the litre. Isn’t that what Oktoberfest, the largest beer festival in the world all about? Several breweries and restaurants in Mumbai celebrate Oktoberfest in a big way.

Carnivores are in for a double whammy. Not only are there exciting beers and beer cocktails on offer but lots of pork delicacies too. Apple Pork Sausages with baked apple, apple sauce and chili flakes, Grilled Pork Curl Sausages served on mashed garlic potato with exotic vegetables, sauerkraut accompanied with German bread, Golden Stuffed Buttons - fresh mushrooms stuffed with cooked pork, herbs and spices, golden fried, served with mustard mayo. Wash this down with Wake-Up Call made with orange juice, beer, basil leaves and lime juice,  or a BMW made with beer and fresh melon juice. Choose from a range of brews including domestic and international beers, freshly brewed craft beers and beers on tap. On till October 15.

So take your pick and have fun this Oktoberfest as you lift your beer stein. Let’s say prost to that!