Ask a Delhiite what the national dish of Delhi is, and he’ll probably say “Chola Bhatura”. In fact, it is not so much a street food as a religion, with strongly held beliefs by sets of followers. One man’s favourite is another man’s anathema, so here are the best five.

Kwality Restaurant
One of the oldest restaurants in Connaught Place, and while its décor has changed a couple of times, its chola bhatura recipe has remained intact since the Partition. The bhaturas are enormous and the two potato chunks absorb the spices marvellously. Each bhatura is charged separately.

Chacha di Hatti
In a corner of Kamla Nagar is an icon who goes by the name of Chacha. The channa that he makes melts in your mouth while the trademark sourness lingers as a faint whisper. Stocks run out by 2 or 3 pm. Chacha also sells masala in plastic packets to make chola at home. Unmissable!

Standard Burfee
Another old timer whose recipe and taste has not changed over decades. The whiff of pure ghee will assail your senses as you walk by their sweet shop. Grab a chair if there’s one spare and treat yourself to channas in the Rawalpindi style, with its trademark hint of pomegranate seed.

Sita Ram Diwan Chand
Even if you’ve forgotten the name, even if you don’t know where exactly Chuna Mandi is in the urban jungle of Paharganj, ask any passer-by for the Chola Bhatura wala. That’s how famous he is.

Om Corner
Unlike the spicing of the other deities in the chola bhatura pantheon, Om’s offering has the unmistakable robustness of rural Punjab. It is as if he sources his cholas straight from the pind. Whatever his secret is, all the residents nearby send for chola bhatura from Om. 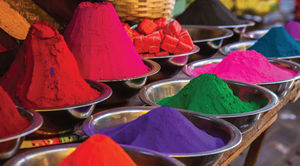 Sugary Delights for Festival of Colours 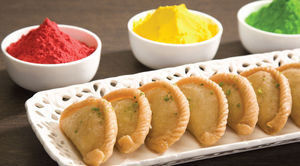 Have a Delicious Holi! 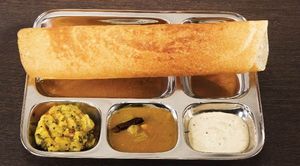