Top 7 Places for Baos in Kolkata 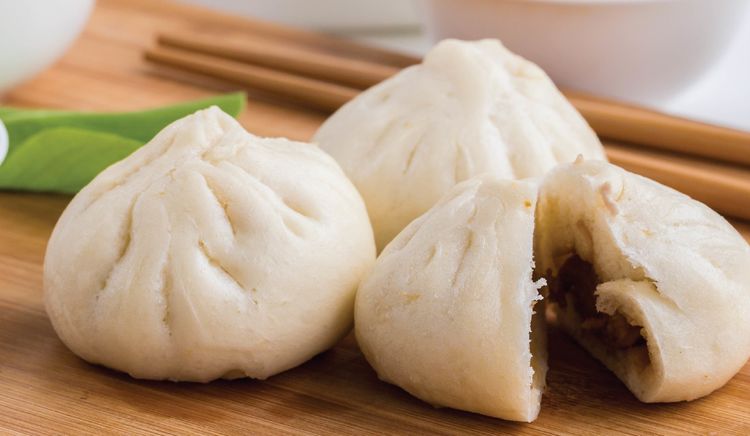 There is something very comforting about fluffy, soft, steamed bread stuffed with delicious meat (or vegetables) – no wonder the bao (Chinese steamed stuffed buns) has been such a rage lately. Honestly, Kolkata cannot boast a stellar bao scene (our love for Chinese cuisine notwithstanding). Of course, you could land up for early morning breakfast at Tiretti Bazaar (rather overrated I think) where a few stalls turn out large pork or chicken stuffed steamed buns (the filling comes laced in a suspicious red sauce). But those are not your best bet (its popularity mostly rides on the strength of conjecture). Luckily, a few other places in town are turning out baos with an interesting assortment of stuffing or a quirky twist.

Momo I am in Lake Gardens is one of the city’s momo hotspots but they also have a massive Oriental menu with an emphasis on Tibetan dishes. However, if you are here, try their selection of steamed buns that come with stuffing such as crisp batter fried fish topped with tartare sauce, or crispy chicken with pickled cucumber, teriyaki sauce and toasted peanuts, or roast pork belly (with a crackling) and plum sauce infused mayonnaise. They also serve taipo, which are steamed buns with minced meat and boiled egg stuffing – a popular favourite in places such as Darjeeling and Kalimpong.

At Santa’s Fantasea, a popular seafood and tribal cuisine restaurant, they serve a similar dish – julu pitha. And though it is not a bao in the strictest sense of the term, it is a delicious cousin of the dish. The fermented dough bread comes stuffed with minced meat and boiled eggs and is served with a sweet and tangy dip.

At Bodega Cantina Y Bar, the baos (open) get a gourmet makeover. There is the Japanese inspired miso veg bao stuffed with tofu, aubergines and pok choy, or the Korean fried chicken stuffed fermented-dough bao that comes with a slathering of home-made sriracha, lettuce and shoots. The best pick here is easily the sticky pork belly bao that has slow-braised pork belly (just the right amount of fat there) laced with Bourbon-infused chilli sauce.

At The Great Booze Story, one of the hippest drink and dine destinations around, they have a selection of baos (their interpretation and innovations) such as the vada pao bao, steamed buns with spicy mashed potato stuffing, Asian spicy chicken bao that comes with a chicken tossed in Asian spices and herbs, crispy paneer fritters stuffed bao and the more popular fried chicken filled bao.

Nonetheless, we would love for a Fatty Bao to happen to us!

Know more about the Top Restaurants In Kolkata