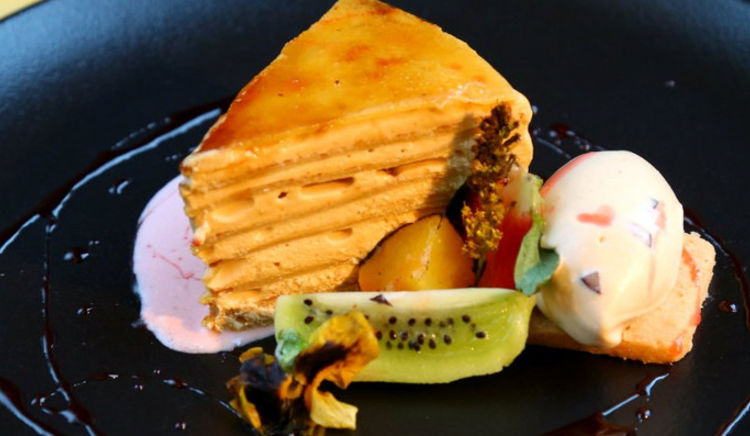 A few years ago, if there was one common thing in the luggage of non-resident Bengalis flying out of Kolkata, it would have been a red squeeze tube, which can be easily passed off as a toothpaste tube. That tube did not contain a consumable but as someone had posted in social media - it was Bengal winters in a tube. It was Nolen Gur. The liquid date palm jaggery is a definite presence during winter in a Bengali’s kitchen as is a can of mustard oil. The taste and the local flavour and fondness have always inspired chefs to experiment with this ingredient as they would do with paanch phoron (5 spices) or mustard. The Nolen Gur Ice Cream invented by the Pabrai's are now exported across India and abroad too. Most of the times, the nolen gur ice cream that is offered in a restaurant in Mumbai or Bangalore would be from the Pabrai’s in Bengal and the restaurateurs get away with this as often no one asks about the origin of the ice cream. Each season, some nolen gur inspired dishes gets served across various restaurants in the city and these are the picks of this year 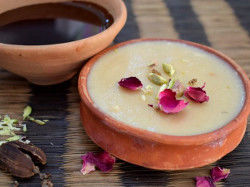 Nolen Gur Firni at Naushiizaan - Naushiizaan, the Lucknawi cuisine specialist in Kolkata, has the Kesariya Shahi Firni as one of their all-time best selling dishes. This winter, they have given this dish a twist and they have Nolen Gur Firni to offer to their guests.

Nolen Gur Crepe Gateaux at Flurys - Kolkata and Flurys are synonymous. But Nolen Gur at Flurys? How do you give a local tweak to the classic French dessert - Mille Crepe or Gateau De Crepes? Nolen gur folded with Mascarpone Cheese and Whipped Cream form the filling of this dessert with thin French Pancakes as the layers. This wonderful dessert is served with Rose Petal Ice Cream, Fresh Fruit, Chocolate and Cardamom Sauce. Sandesh, Doi and Nolen Gur Cheesecake at The Salt House, Theatre Road - It perhaps has got all the components that a Bengali can desire as a dessert. A deconstruction of Ricotta Cheese Cake made with Homemade Chhana, Mishti Doi and Nolen Gur. The rich and indulgent syrup perfectly complements the creamy Sandesh base that is delicately flavoured with a combination of both Gondhoraj and Italian Lemon Zest.