The rich aroma of freshly-prepared samosas or a plate of hot Maggi has us diving back nose-first into our college days.

Here's a list of colleges with menus which taste most of nostalgia:

St. Stephen’s College
Please refrain from calling this a canteen, because one doesn’t get to locate one’s pristine bum on a wicker chair and sip on nimbu paani in a canteen. The café serves dill pickle sandwiches, Maggie with minced chicken and croissants among other regular dishes. They also whip up a very Sexy Anda which is scrambled eggs with cheese and perhaps the most popular dish here.

Delhi School of Economics
There are two reasons why ex-students come back to D school – for the mutton dosa and the strawberry jelly cream. Raju Bhaiyya of JP Tea Stall is also known to work his magic with the chai, aaloo patties and masala Coke.

Kamala Nehru College
Samosas, patties, bread pakoras, sandwiches, rajma chawal, chhole bhature, dosas, noodles, cheese macaroni, momos, you name it and it's there! Food seems to be flying around here but never settles on the hips of the girls; especially the ones scurrying around the fresh fruit juice corner.

Venkateshwara College
Venky is known to have Delhi University’s best vegetarian canteen with mouth-watering South Indian delicacies served with piping hot sambar. And on those rare winter mornings when they serve jalebis, you can say a quiet prayer to Lord Venkateshwara himself.

Jawaharlal Nehru University
Although all the dhabas in JNU are equally popular, the North East and the 24/7 Dhaba deserve a special mention, primarily because they have been saving student lives by being open all hours of the day. While the former serves popular dishes like golden fried mushrooms, momos and chilli garlic noodles, the latter prides itself on simple but delicious Indian food. 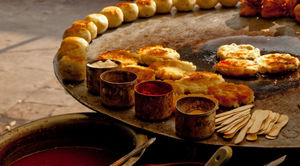 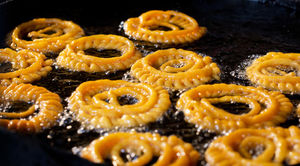