Chef’s Day Out at The Goan Chefs Conclave 2018

The Goan Chef’s Conclave, saw a plethora of like-minded industry professionals gather together for the love and passion for food. 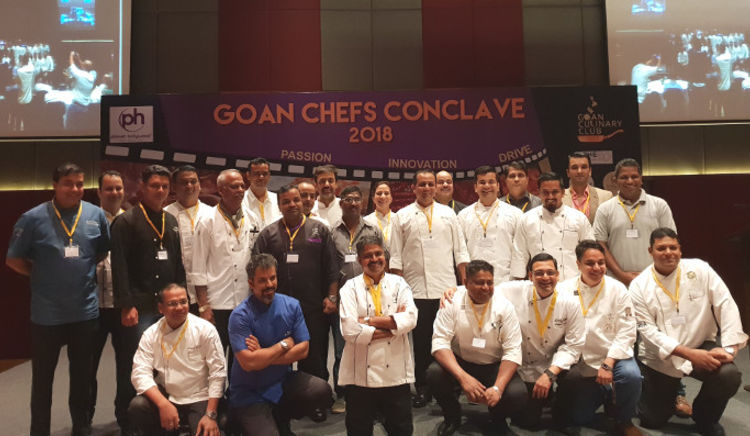 In the famous lyrics of Beyonce, "Who runs the world?”, I would be strongly inclined to say the men and women who tirelessly toil away in the kitchens to serve us gastronomic delights day in and out. This would literally translate into “Food for thought”, and that is exactly what most of the hospitality fraternity did this August at Planet Hollywood Goa. The Goan Chef’s Conclave, saw a plethora of like-minded industry professionals gather together for the love and passion for food. Hosted by the Goan Culinary Club, a non-profit organization, co-created by 'Odette & Joe Mascarenhas' with the single ethos of keeping the Goan culinary culture alive in a fast-paced world, the conclave has grown in its third edition.

With lectures and seminars, Jugal Bandi cooking demonstrations and local produce talks, the event was packed with Chefs, entrepreneurs from the hospitality industry of the state. A few celebrity Chefs in attendance were 'Chef Chalapathi Rao of Simply South fame' and 'Chef Sharad Dewan from Kolkata of The Park fame'. 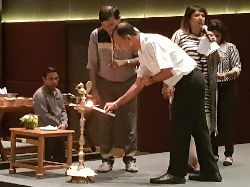 The daylong event started with a meet and greet of all the professionals in attendance and the lighting of the lamp. 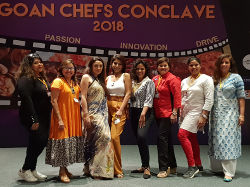 The Culinary lady restauranteurs pose for a photograph

Chef Rao too over about the authenticity of cuisine in today’s time and has some insightful tips for a few entrepreneurs who wanted to know more about the art of franchise. He delved into the trails and tribulations addressing questions on the authenticity of produce, delivery schedules and roadblocks faced in the industry on multiple forums. 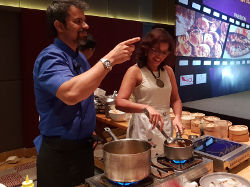 Followed with a Jugal Bandi depicting the age-old debate of Innovation v/s Authenticity in cooking with the 'Executive Chef, Mahesh Ishwar' and 'Sugraan' playfully demonstrating an interactive show of how similar ingredients can inspire a modern Chef with that of a homemaker. They spoke and demonstrated how inspiration comes from home to create world-class cuisine - a wonderful learning. 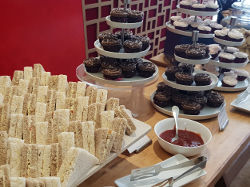 Refreshments dished out during networking sessions

The teatime networking session had partners in trade display their wares and connections from wholesale distributors to sponsors present. The Culinary Forum of Goa spearheaded by 'Chef Ranjeet Pandey' and 'Chef Sunit Sharma', felicitated 'MasterChef Urbano Rego' into their organization and 'Odette & Joe Mascarenhas' for their culinary contribution to the state of Goa.

'Suzie Martins' put the art of the Goan pickle to the fore from 'Mum’s Kitchen' - voted amongst the top 50 restaurants of India by 'Conde Nast', and brought to light the art of their forefathers and how they still keep the legacy of their pickles alive even to this date. 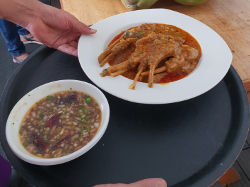 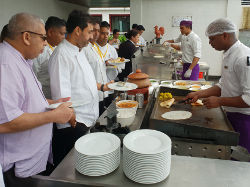 Lunch was scrumptious with a huge spread on display from Planet Hollywood helmed by 'Chef Sundar' and team. 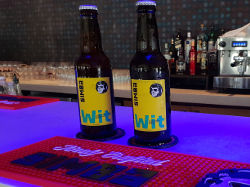 Post a decadent meal, there was an interactive fun session with 'mr. NObody', traveller and food writer - post lunch had the audience in splits, as he delved into the new trends of marketing visibility with the art of the Pop-Up’ as a new age marketing tool. This was well received by many Chef’s who wanted to know more about the ideology and marketability to take the project forward. 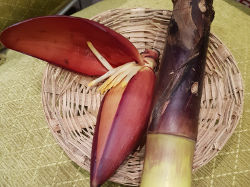 Local Goan vegetables on display during the conclave

Local vegetables as a panel discussion was taken by 'Sangam Dhungat' of Voltaire fame where he discussed age-old recipes used for local vegetables by his grandmother. This was discussed to bring forth local Goan traditions, that are fast dying and was a very knowledgeable session. 'Chef Sharad Dewan', who took time off from his busy schedule in Kolkata, shed some light on the exhaustive list of superfoods v/s Indian substitutes in the bid to smart cooking and keeping the cost of production down not deviating from quality.

The day ended with a thank you note and a question and answer session on frequently poached questions, which could be seen to have a common resolve between the fraternities.