4 Culinary Hotspots in Goa to Eat your Veggies

A guide to Vegetarian cuisine in and around Goa 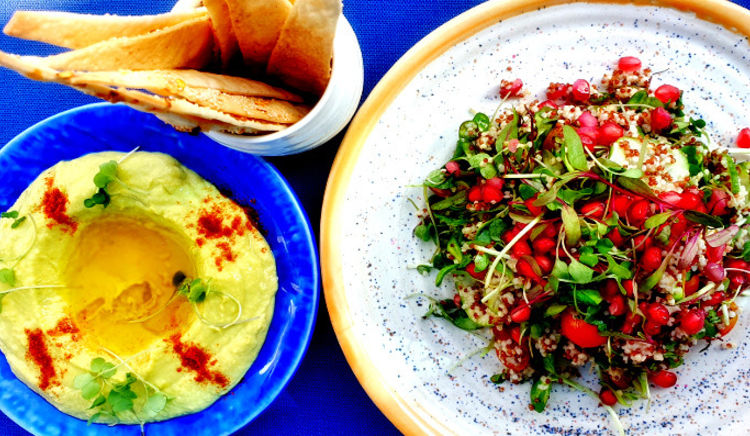 The words Beach, Feni, Grills and Seafood are predominantly synonymous to Goa. From the freshest catch of offerings from the sea to the choicest succulent meats, one can get their fair share of carnivorous Valhalla in the land known as India’s emerging topmost destination for international cuisine. However, the topography is changing and quite rapidly, might we add. Here is our take on some of the coolest haunts serving some superlative vegetarian offerings.

All the way down south on the approach towards the lush green gardens of Margao’s Municipal Garden stands Martin's. The brains behind this venture are known to consistently dish out new contemporary favourites.

With changing dining priorities and vegan options on its menu through Japanese and Indian cuisine - Chef Collin D Souza brings to us the Veg Sushi Roll. While it may seem like a basic run of the mill sushi, the produce used to create this is fresh and organic keeping in mind their farm to fork theology.

A stone-throw away in the same realm of the beautiful south is the ITC Grand Goa Resort & Spa in Cansaulim.

Under the helm of Executive Chef, Sunil Gadihoke has a refreshing take to the traditional Risotto is underway. His philosophy is not using Arborio rice but using forgotten grains like Indian millets, cooked in rich vegetable stock, finished traditionally with butter and Parmesan. Further, this healthy offering is topped with crispy gram flour coated okra and morels stuffed with hung yogurt blanketing mint, ginger and green chillies.

Move over to Assagao up north has the story of a traditional smokehouse known for flavoured meats and grills to come up with something extraordinarily contradictory. CuebeBar is not your traditional smoke house.

One would helm a general smokehouse as a mecca for delicately balanced meats. However the affable Chef Arjun Sikdar presents the Smoked Beetroot Steak with a preserved Pomegranate and Balsamic Demi Glaze accompanied by an Orange Arugula Salad and Garlic Mash. The ideation behind it was simple. Everybody smokes meat however to push boundaries with calculated research about how smoke reacts with Vegetables was an El-dorado find.

The folks at Hyatt centric under the helm of Executive Chef Vamsi Gadiraju, have an extensive menu focusing on fresh organic produce. Farm to Fork, sustainable produce gives birth to fresh wholesome dishes such as the Avocado Hummus with chilli oil and Poppy-seed Lavash. The Mixed Millet Bowl with crunchy cucumbers, juicy tomatoes and essential greens have the fresh pop of the pomegranate in every bite (refer cover image). This meal is hydrating and nourishing all at once. Rejuvenating and wholesome, they both are a wonderful pairing with a glass of freshly squeezed Watermelon Juice.

Up the Sangolda slopes in his experiential kitchen, the ever-creative Prakyath Bharath, co-owner and chef of Moki. His ideations are inspired by his voracious appetite to create something unusual from some of the culinary greats.

For the season his focus lies on Baby Ladyfinger Rechado with Tapioca Pearl Peanut Khichdi served with a Pickle Curd and Goan Vinegar Caviar. The inspiration is from Maharashtra focusing on one of their staple diets - Sabudhana Khichdi, a generic breakfast find in a majority of households. Drawing inspiration from an architect friend in Pune he brought this find and merged it playfully well with Goan influences.

Meet the Women Redefining Goa’s Hospitality Be my valentine! 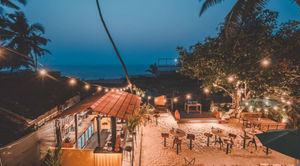 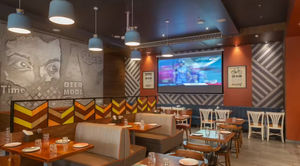 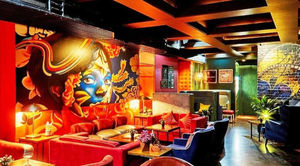 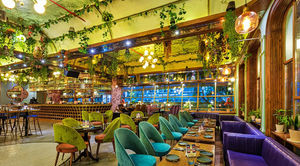 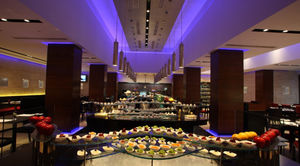 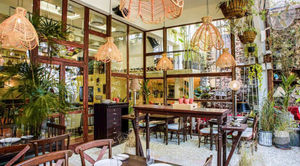