Cover Story Of Set'z, One Of The Most Influential Restaurants In Delhi 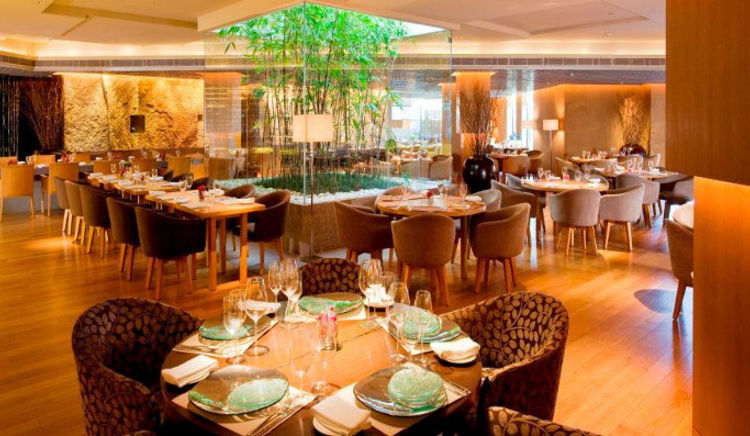 One of the great success stories of the last decade’s restaurant scene in Delhi has been Set’z. Opened on top of the Emporio mall by one of the city’s most respected restaurateurs, 'Prasanjeet Singh', it is a multi-cuisine restaurant that transformed the Delhi scene by proving that a standalone can be run to 5-star hotel standards and still charge standalone prices.

Some years ago, Singh moved on but the team he left behind at Set’z (including such stalwarts as 'Manager Pankaj Joshi' and 'Operations Director Kaushik Ghosh') continues to run a world-class operation.

Now, the Set’z team has taken on a new challenge. 'The Chanakya' is the new mall from the owners of Emporio (the DLF group) and its basement area is devoted to (a not very well designed and managed) Food Hall. This includes a spectacular new restaurant, run by Set’z under the overall supervision of 'Dinaz Madhukar', the former Taj Group General Manager who looks after DLF’s mall division, called MKT. Like Set’z this is also multi-cuisine operation but in terms of design, it is one generation ahead from Set’z.

Though the restaurant still had to get a liquor license on the 3 occasions when I went, I found that it was jam-packed each time. Much of the crowd was comprised of Punjabi-ladies-who-lunch and if you looked carefully, there were also a few familiar faces trying to seem anonymous. At one lunchtime, I found 'Sonia Gandhi' and 'Rahul Gandhi' with 'Priyanka Vadra', struggling to ignore the curious looks.

The food is ambitious and still has to settle down. Some of it will get better and some of it would not. The Sushi Section is basic mall-style sushi (well The Chanakya is a mall!) that does not belong in a quality restaurant. The European food was so-so but I guess it will improve once the chefs settle down. The Thai food is cooked by 'Chef Khun Tarathip', who is on loan from Set’z, so it is excellent while the Chinese is more in tune with the tastes of the ladies who are the restaurant’s’ regulars.

I liked some of the chaat-style snacks: excellent Vada Pav, very good Pav Bhaji, and nice Channa-Bhatura though the real hardcore chaat was pretty crummy: the Bhelpuri, for instance, had been made by a chef who had never eaten it in Mumbai (it was full of channa and peanuts!)

The real discovery though were the excellent pizzas. More Neapolitan in style than most pizzas available in the capital, they represented astonishing value in such swanky surrounding: they charged Rs. 550 for a large non-veg pizza that could easily feed 2 people. At present, they are probably the best pizzas in Delhi.

MKT is expected to get its liquor licence any day now, they told me the last time I went. So, perhaps by the time you go, it will be serving alcohol. In which case, it will be even more crowded!