When one thinks of Asian food it is usually stand alone restaurants dedicated to Chinese, Thai or Japanese restaurants or then a generic mix of popular Asian dishes with the emphasis on these three cuisines. While these are a popular mix with most restaurants in the city, the one Asian cuisine that does not get its due share is Malaysian food. Most often it is Chinese, Thai and Japanese dishes that lead the pack, even a few Indonesian and Vietnamese dishes but the concept of Malaysian cuisine is relatively unexplored.

The Trident Hotel Nariman Point makes an effort to bridge that gap and give the city and exclusive taste of what Malaysia has to offer in terms of their cuisine with their annual Malaysian Food Festival which is done in association with the Mandarin Oriental in Kuala Lumpur. Their chefs come down and prepare a menu that is a weeklong celebration of Malay cuisine and it is honestly very welcome.

The festival is held at India Jones, the popular Asian eatery at the Trident Hotel Nariman Point. Since 2002, this hotel has been serving its diners some incredible Asian fare including Thai, Japanese, Korean and even Vietnamese dishes. While there are popular Malaysian dishes on their current menu, this festival highlights the cuisine and gives you a taste of dishes beyond the obvious choices.

Malaysian cuisine is a fine mix of flavours and spices with Malay, Chinese and Indian influences. Chillies are integral to almost every Malay dish. Spices and coconut milk are other important ingredients and that can easily be identified in their cuisine. The menu for this festival has been set by Chef Saidin from the Mandarin Oriental and is all set to give you an authentic taste of Malaysian food. While the menu has popular favourites such as nasi goreng, roti canai and satay, in our opinion, it is the other dishes that are really worth exploring.

Our recommendations include the roti jala bersama kari kambing, net pancakes served with a thick lamb curry, tahu berlauk bersama kari ikan which is crispy fried tofu stuffed with chicken and served with a fish curry from their appetizer course. For the main course, a mix of rendang kambing mak tok which is the traditional lamb rendang curry cooked with turmeric and coconut milk. Ayam bakar percik which is a spiced grilled chicken served with a pineapple turmeric sauce and gulai asam pedas ikan salmon which is Indian salmon filled and cooked in a spicy tamarind and chilli sauce.

The names can get tricky and tongue twisting for those unfamiliar with the Malaysian language but the menu has everything described in detail and Chef Saidin is happy to assist you while your order. The festival is ongoing from the 7th - 16th of October 2016. 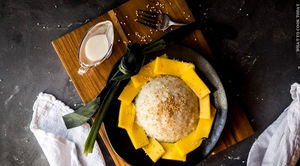 5 New Menus in Mumbai Worth Exploring 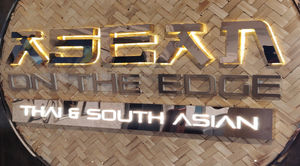