A beery good brunch all through October Sundays It is the 'beer festival' of Munich. Oktoberfest is a much-talked festival from Germany, which is celebrated worldwide. It started in the year 1810, at the royal wedding of the Crown Prince Ludwig to Princess Therese of Saxony-Hildburghausen, when the locals were all invited for the celebration on the fields in front of the city gates, known as Theresienwiese. Initially, it was all about horse races and the show of Bavarian culture through its agricultural produce. Over the years, the festivities continued and turned into a gala with food, beer and amusements.

Oktoberfest traditionally happens for 16 to 18 days during mid-September extending till the weekend of October every year. Munich is the heart of this festival and thousands of people gather from around the world to enjoy in this massive gala. Nowadays, the whole world has caught up with it and restaurants in major cities celebrate Oktoberfest with the best of German food and beer. Kolkata too has had its fair share of Oktoberfest in recent years and this year, the Sundays of October will be different, thanks to JW Kitchen. 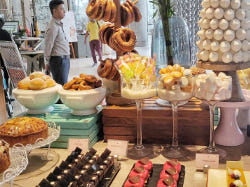 JW Kitchen at JW Marriott, Kolkata has decided to turn their Sunday Brunch into Oktoberfest, all through the month of October. So, every Sunday, the place turns into a mini Munich with a separate beer station with the choicest of the beers. You can also order some Sangria to go with your cold cuts if you like. The showstopper of this brunch is a station dedicated to pork carving. 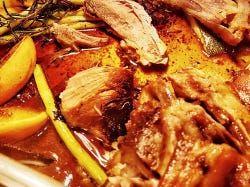 A Whole Ham Hock or Pork Knuckle is glazed in a sweet and salty jus and roasted with pineapple, apple, baby carrots, baby potatoes, fennel, asparagus, Brussel sprouts and beetroot. All the juices from the vegetables add to the flavour of the dish. Take a piece of the carving and drizzle from one of the 6 jus available on the side - rosemary, bbq, pepper, apple, whole grain mustard or maple. 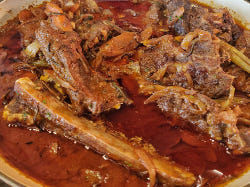 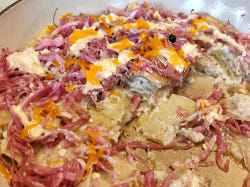 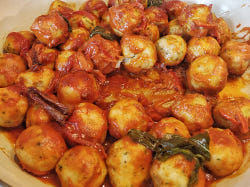 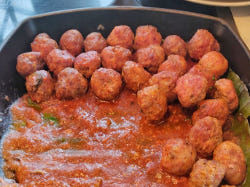 Showstopper aside, several other German delicacies like Sauerbraten which is basically a pot roast of beef, the famous Sauerkraut Apple Potato Casserole, Pan Seared Fish in a Mustard Sauce, Semmelknoeddel or Bread Dumplings in a tomato and onion sauce, German Beer Soup, German Meatballs and the likes are a must-try. What catches your eye is the Spatzle Station, which is a live German pasta station. Spatzle is a kind of German pasta or noodles, very soft in texture and is a classic from the Southern part of Germany. So, here the condiments are varied from zucchini to bell peppers to even squids and baby octopus. Kids have a gala time at the Hot Dog Station where there are 3 varieties of hot dogs to choose from.

If you are not into German food, then do not be disheartened. The regular brunch affair with Asian, Japanese, Indian and other cuisines also make an appearance.

Even though Oktoberfest is mostly in September with only one weekend in October, here in JW Kitchen, all the Sundays of October are dedicated to this unique festival. So without wasting any time, make your reservation for this brunch. The brunch is priced at INR 1699 with the unlimited soft beverage, INR 1999 with unlimited premium brands and sparkling wine, INR 2999 with unlimited premium brands and champagne.