Get your taste buds hot and steamy with this lot 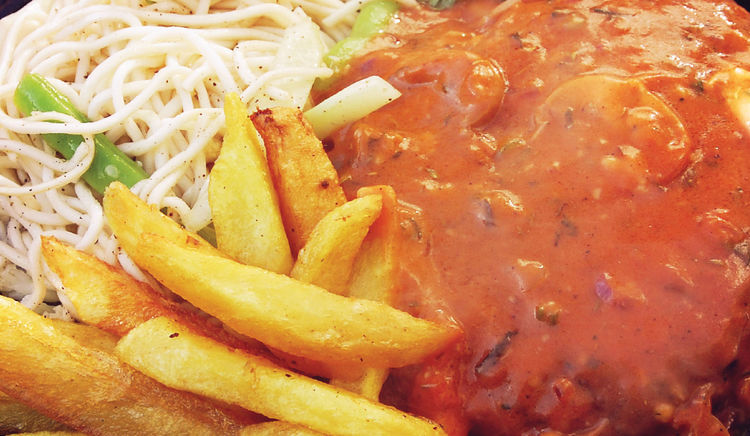 The common story goes that birth of the ‘sizzler’ took place in Pune. The tale has since been disputed, with the age-old teppanyakis of Japan and the late 1900s restaurants in the multicultural melting pot of the US being pointed out as the genuine places of origin for this hot dish. It ends with how the sizzler actually came to India when an entrepreneurial Parsi gentleman opened one such specialty establishment in Bombay and eventually brought it to Pune.

However, no matter where it first came to be, a sizzling hot griddle plate of veggies, starches, meats and sauce served with clouds of steam rising off of it remains a staunch favourite of many gourmands. Luckily, Pune – as the purported birthplace of the sizzler – has a bunch of enthralling options to show for it.

The Place – Touché The Sizzler happens to be the aforementioned first place in Pune (since the 1970s) to serve sizzlers. Here, the undisputed winner is the special mixed grill sizzler, packing in succulent buffalo meat steak, fatty pork chops, salami, sausage and grilled chicken legs in that tasty, ubiquitous brown sauce, coupled with fries and sautéed veggies. Or, try the prawns balchao sizzler, if you are a lover of the tangy, spicy Goan gravy packed with vinegar and chillies.

Zamu’s Place is one of the older sizzler joints around as well, and also offers a ‘make your own sizzler’ option. While a variety of combos are available, it is to be noted that the establishment sources pork from a special piggery. Choose a ham sizzler with cheese, grilled pineapple and mashed potatoes doused in a cream sauce, or have the ‘drunken’ pork with home fries, chilli garlic rice and grilled onions alongside the piquant garlic sauce – you will not be disappointed.

Meanwhile, the sumptuous Bounty special steak sizzler at The Bounty Sizzlers combines the delights of juicy carabeef with a special brown oyster sauce and melting cheese – a perfect foil to the friendly, pub-style woodwork décor and a pint of King’s beer.

Copa Cabana’s carne sizzler packs in a good dose of synonymous carnivorous delight, replete with well-sauced chicken, lamb, bacon, salami, sausages and a fried egg sitting atop a mound of fried rice and a potato side. You could easily miss two meals to come have this one.

Over at The Basil Deck, the special thing is that all your sizzler choices are in vegetarian, as opposed to most other meat-favouring joints around town. Here, sample the yummy kasuri paneer bahaar sizzler, with soft, chargrilled paneer marinated in a fenugreek masala, served with wok-tossed veggies, spiced tomato rice and a rich makhani sauce. Alternatively, there is a cheese-stuffed crumb-fried potato patty, served with spaghetti and French fries.

Basho’s is all about ambience, with lazy red diwans and hookahs, alongside a fairly traditional list of sizzlers that just go really well with the al fresco experience. Check out the chicken steak Singapore sizzler, doused in mushroom sauce and served with pineapple for a sweet kick.

Besides its make-your-own-wok service, Yana has a long list of sizzlers at your fingertips, of which the Satellite variants are delightful for lovers of cheese – doused in melting fromage and a healthy dollop of cream, try the spiced lamb version with a rich, mushroom sauce here.

The relatively new Red Peppers Sizzlers & Multicuisine does a good job of catching up with its older ilk by offering some excellent oriental style sizzlers, such as a stir-fried chicken offering in a hot garlic sauce, which could not be more perfect with the accompanying rice.

So, whether your taste runs to the more traditional shashliks, satellites and mixed grills or you like to concoct your very own unique combination of elements to make up a sizzler, be it Indian, oriental or Continental in flavour, Pune’s is a culinary scene with much to choose from.

Discover the Top Restaurants in Pune with EazyDiner