Make some room for mushroom on your plate 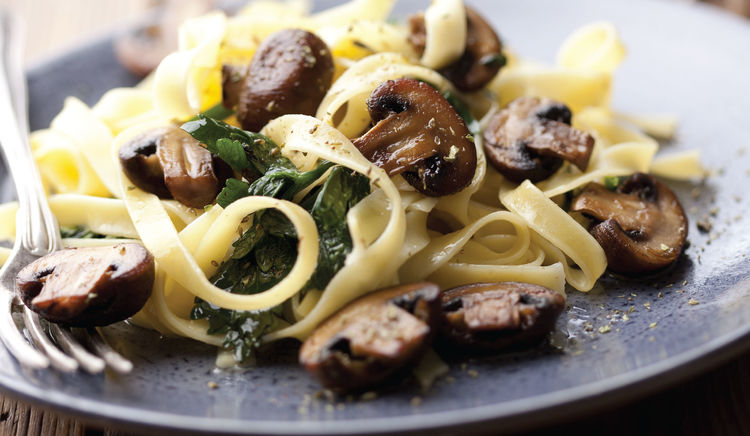 For foodies, the month of September means only one thing: the mushroom and truffle seasons are nearly upon us. By law, you can only harvest the white truffle of Alba in October, but other parts of Italy –Tuscany, for instance, start offering their local truffles in September. And the French black truffle (in theory, from Perigord but actually, from all over the place) suffers from no October embargo so it starts hitting the shops around now.

And then there are the ceps, those wonderful meaty mushrooms that the Italians call porcini and which start sprouting wild in the autumn. For truffle hunters and mushroom foragers, the fun is only just starting.

If India had a great wild-mushroom tradition, then it has been lost. The only mushrooms I see turning up again and again in the cuisine of India and Nepal are the oyster mushrooms which have very little taste or flavour. You would think that Eastern India would be full of mushroom dishes because Thailand, where mushrooms are prized, is so near. But if there is a great North Eastern mushroom tradition, then it has escaped my attention.

Only in Kashmir, do we have a tradition of picking wild morels. But the Kashmiris dry them and send them out to the rest of India where talentless chefs stuff them full of paneer or masala, thus destroying any flavour they may once have had.

These days you get fresh mushrooms from Thailand at Delhi’s subziwallahs but I never buy them because they are a) overpriced, and b) usually past their sell-by dates by the time they reach our shops.

The local mushrooms we get in Indian shops are the white mushroom and the oyster mushroom both of which are cultivated by a semi-industrial process, and do not excite me greatly.

It is possible, however, that now that the mushroom season is upon us, some restaurant will import some seasonal delights from the West. Most Italian/French restaurants organize truffle festivals, but, in my experience, the truffles can be old and past it and the so-called truffle flavour comes from glugs of truffle oil (which is a by-product of the petroleum industry and has never been near a truffle).

If you are lucky enough to find somebody with access to fresh real truffles (in Delhi, the best bets are the The Leela Palace, Chankyapuri and Ritu Dalmia’s Diva) then grab the opportunity. For some reason, chefs are reluctant to import ceps/porcini. But if you do find these mushrooms, count yourself lucky and order away.

The seasonal eating of mushrooms and truffles is one of life’s great joys, never to be confused with industrial mushrooms, truffle oil or dried mushrooms.